Over the years, there have been prints, both individual images and series prints, made from Mr. Gorey's artwork. In the prints shown here, Mr. Gorey usually had very little or no direct involvement with the production process, apart from signing them. Images were chosen from his books or from pieces or art which he created for other purposes. As will all statements of this kind, there are exceptions!

The most visible collection of signed/numbered prints by Edward Gorey are the Signals Prints. 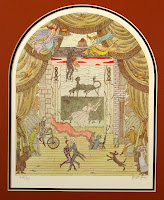 This series of 10 images was produced to be sold through the Signals Catalog, and the prints were created from highly detailed original artwork made expressly for this set. These prints are welcome additions to any Gorey collection. I am showing the first and last print from the series. For more information on these prints, see my posting from Sunday October 25, 2009. Prints from this series often appear in on eBay, and recently have been included in collections being sold at auction. The quantity of impressions made for this series is large - especially for the unsigned/numbered examples, which should keep the prices reasonable.

The earliest series of prints made from Gorey images were a set of seven serigraphs produced in 1975 by Diogenes Verlag for their Galerie Daniel Keel in Zurich Switerzerland (according to Malcolm Whyte in Goreyography). 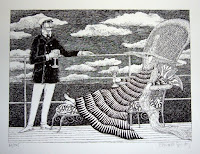 I have not seen any of these prints in person, but they look like offset lithographic reproductions, not serigraphs (screenprints). The line quality displayed in these prints is not usually possible using the screenprinting process. The series was produced in a signed/numbered edition of 125 impressions of each of the seven images. Each image in this series was culled from Mr. Gorey's previously published The Blue Aspic and The Other Statue. A reader of this blog forwarded the image of one of the prints shown to the left (shown here with permission). It would be interesting to know if the prints were sent from Europe to Mr. Gorey for signing, or if he perhaps signed them during his only trip overseas in 1975.

A popular print produced by Gotham Book Mart is a lithograph which shows a man sitting in a chair in a library reading, with multiple cats lounging about him. While untitled, this print is often referred to as Man with Cats. This image was produced in a rather large edition of 750 numbered and 26 lettered (A to Z) prints - all prints are hand signed. I am showing print Z/26, which I thought was highly appropriate for the image.

English Soup is an offset lithograph black and white image showing two Figbash characters disporting themselves - one holding an umbrella, the other a large tureen. This image was made in an edition of 300 numbered copies. I am showing copy #260/300

There is an ongoing series of prints created by the Edward Gorey House featuring prints of various images, sizes, and limitations. The editions are available unnumbered, numbered, or lettered.

The numbered/lettered editions are all "signed" using embossed representation of Mr. Gorey's distinctive signature. The House usually produces three different editions each year. These prints are affordable, feature fantastic Gorey images, and are only available from the Edward Gorey House. For more information on these prints, go to www.edwardgoreyhouse.org.

The next journey (in a future post, or probably posts) into the world of Gorey prints will focus on his etchings and colographs.
Posted by ampootozote at 6:00 AM 2 comments: 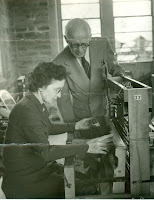 I was contacted by an archivist at the Penland School of crafts, who is trying to locate an article and/or information which appeared in Friends Magazine on the Penland School of Handicrafts. The article seems to have appeared before 1962, and since my collection of Friends Magazines is concentrated on the contributions made by Edward Gorey, my copies do not go back this far. 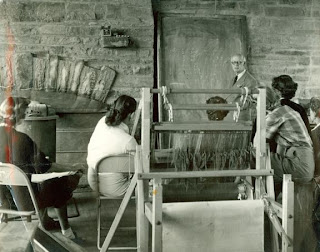 Shown are two photos in the archives. Notes on the photos indicate that photographer Joe Clark shot them for Friends Magazine. The photos in the archives are not dated, but the man pictured in the images is weaver Rupert Peters (who died in 1961). If anyone has older copies of Friends and can give information to the archive, please contact Michelle Francis, Penland School of Crafts at archives@penland.org.
Posted by ampootozote at 7:03 AM No comments: 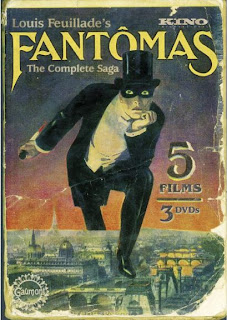 Edward Gorey loved films - especially films of the silent era - and especially the silent films of French filmmaker Louis Feuillade. Feuillade was reported to have made between 650 and 800 films by the time of his death in February 1925 at age 52. Of course, in the early days of cinema many films were no longer than 10 minutes long...but still...

Mr. Gorey was often quoted as saying that the films of Feuillade were an inspiration for his work. Feuillade's first film masterpiece is a 1913 series of 5 films collectively called Fantomas. This fantastic film serial adventure is available on DVD from Kino.com and is worth a closer look by all Gorey enthusiasts. Watch the film trailer at the bottom of this post.

Fantomas is a five film serial about a master criminal (Fantomas) and the detective (Juve) who hunted, caught, and kept losing the fiend. As with any great series, there are deceptions, femme fatales, explosions, train wrecks, dead bodies, and multiple disguises. 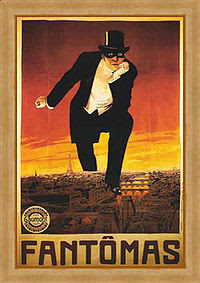 What is truly remarkable is how many of Feuillade's images populate the works of Edward Gorey. In the very first installment of Fantomas, the disguised villain appears in the hotel room of a wealthy woman who asks, "Who are you?" and is handed a blank calling card by the intruder! This blank card appears in every one of Mr. Gorey's books! Viewers will also find many other instantly recognizable Gorey motifs turning up in the films - distinctive potted palms and pattern-on-pattern decor in the interior sets, a host of 1913 touring cars, veiled mysterious women wrapped in dark clothing with only their heeled shoes peeking from the bottom of their wraps, men in top hats and frock coats. In short, many of the figures and places we have come to assume were England in Mr. Gorey's books are probably French.

It should be remembered that Mr. Gorey majored in French in college, and it is interesting to see such a direct correlation between these five films and Edward Gorey's distinctive visual style. Also, Mr. Gorey would have seen these films in actual theaters, before the days of video tapes, DVDs, or the internet - so multiple viewings were limited. He states in interviews that he has seen some Feuillade films only once, but that they are favorite films of his. That the films made such an impression on him is significant.

Posted by ampootozote at 6:00 AM 4 comments:

One exciting and very complicated area for collecting the works of Edward Gorey is Fine Art Prints. This area is quite large and can be very confusing.

Because the topic is so extensive, I will be discussing prints in several postings.

The question I am often asked is, "Is this a print by Edward Gorey?". Much of the confusion comes from eBay, where Gorey Posters and Edward Gorey, The New Poster Book (see my posting from October 21, 2009 for information on these books) are often cut up and individual pages are sold as "prints". These are pages cut from a book and are not Fine Art prints, even though some may look like prints because of their large format. The cut pages are highly decorative when framed, but have virtually no collectible value.

Copies of the complete books have value, the cut up books do not.

The second most common printed Gorey image sold as a print is the John Locke Quote. A fantastic color image, the John Locke Quote was beautifully printed by Gotham Book Mart (from a piece of original artwork owned by Andreas Brown) as an oversized 8.75" x 7", blank greeting card printed on off-white paper, not card stock. 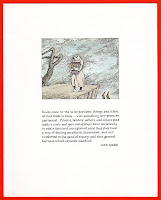 The GBM information appears on the back of the card, but the folded flap is often cut off. This card appears so often as a Fine Art print that it gets confused easily, especially since Edward Gorey hand signed some of these cards.

Often, theatrical posters and broadsides produced for special events with images by Edward Gorey appear for sale listed as "prints". Once again, these are not fine art prints, even though many of them are signed and numbered. Here is yet another sub category of Gorey collecting! 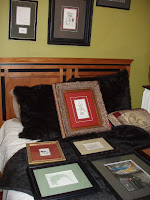 In January, The Edward Gorey House returned the eight pieces of original art (and books) which I had lent for their 2010 exhibition. Once the "children" had been safely shipped back and unpacked, it was time to rehang the pieces on the walls. 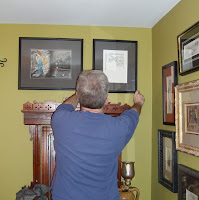 Finding room for these framed pieces proved to be a challenge since other framed pieces had taken their place! Jostling for attention, the returned art caused a chain reaction which started in our guest bedroom (see the photos), and quickly spread chaos throughout the three floors of our home. 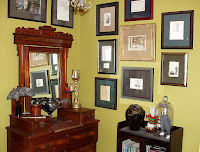 Practically every room was affected and adjusted to accommodate not only the returning pieces, but also some framed works which had been patiently waiting to be hung on the walls.

After several days and lots of tea, the dust has settled and all the pieces have places of their own...until the next trip back from the picture framer! 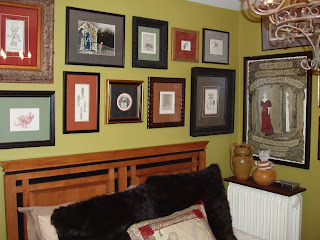