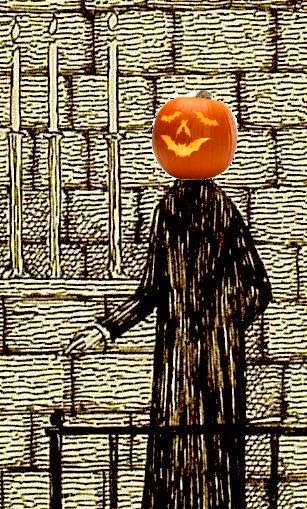 Posted by ampootozote at 7:02 AM No comments: 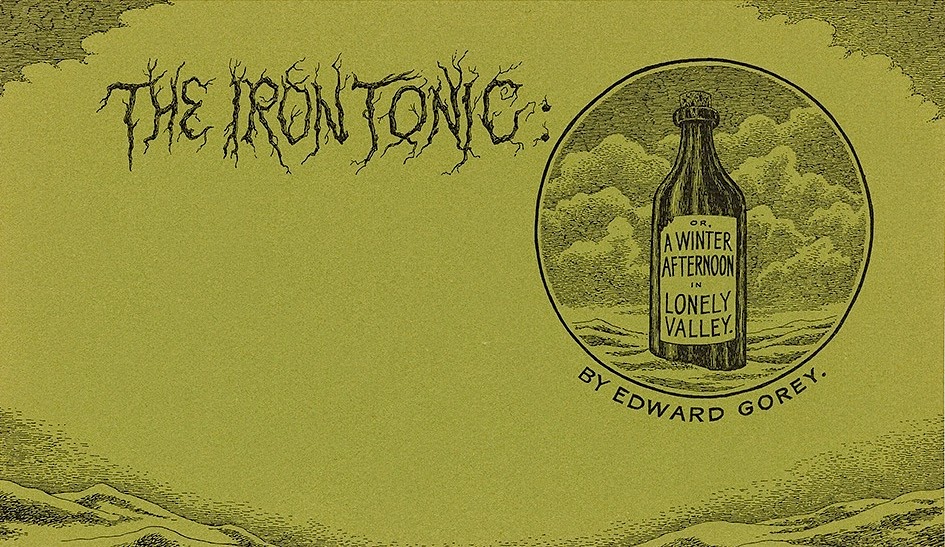 With the 1969 publication of The Iron Tonic: Or A Winter Afternoon in Lonely Valley, Edward Gorey began his foray into publishing signed, limited edition, collectible volumes that would continue for the next 31 years. Published by the Albondocani Press in an edition of 200 numbered and 26 lettered copies, The Iron Tonic has one of the smallest runs of any first edition Gorey book.

The Iron Tonic also has one of the earliest announcement cards heralding the sale of a new book by Mr. Gorey. The plain white card is simply printed with information and is blank on the reverse side. 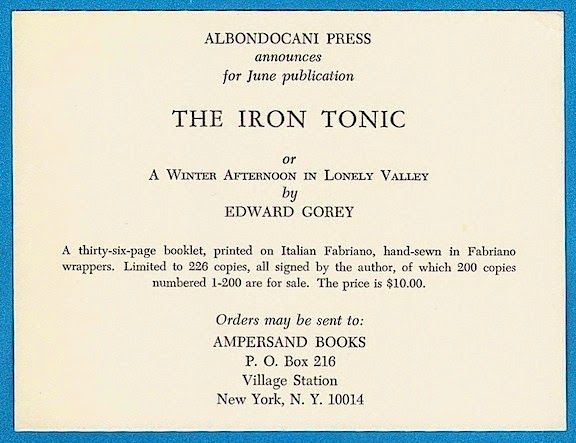 Posted by ampootozote at 8:43 AM 2 comments: 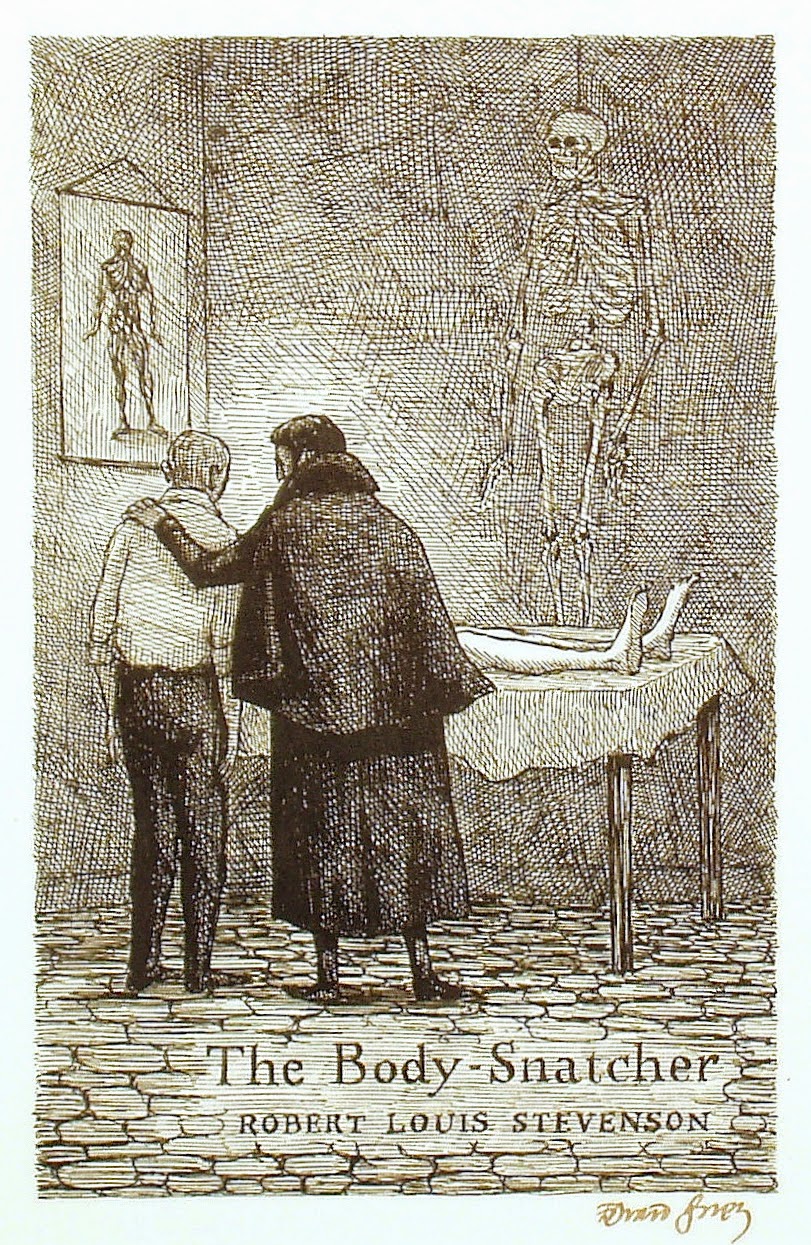 The Body Snatcher by Robert Louis Stevenson is another great story to be read in October. Edward Gorey created this illustration in 1959 for The Haunted Looking Glass (see my post from November 5, 2008). Mr. Gorey selected 12 classic horror stories and provided an illustration for each story. Warm up some cider and nestle in with this book of spooky tales!

The Spell of the Sorcerer's Skull 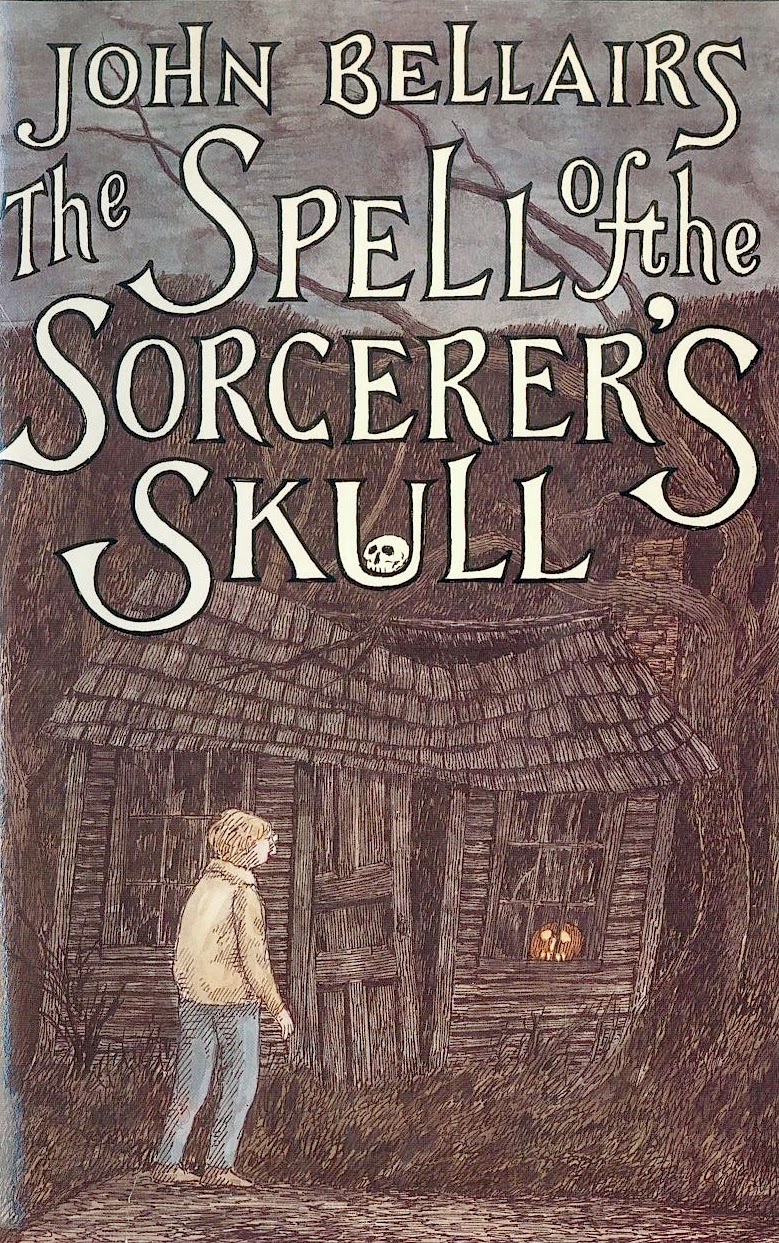 At this time of year, I like to reread some of my favorite spooky stories, especially books from the John Bellairs  book series. I also enjoy revisiting many of my favorite Edward Gorey illustrations and book cover designs. The Spell of the Sorcerer's Skull has one of my favorite Gorey-designed covers from the series, and it is an image that always puts me in a Halloween frame of mind! From the skull nestled into the typography to the jack-o-lantern in the window, this wonderful image compels me to pick this book up and read it in October.
Posted by ampootozote at 7:05 AM 2 comments:

The Edward Gorey House has released its three new limited edition prints for 2014. 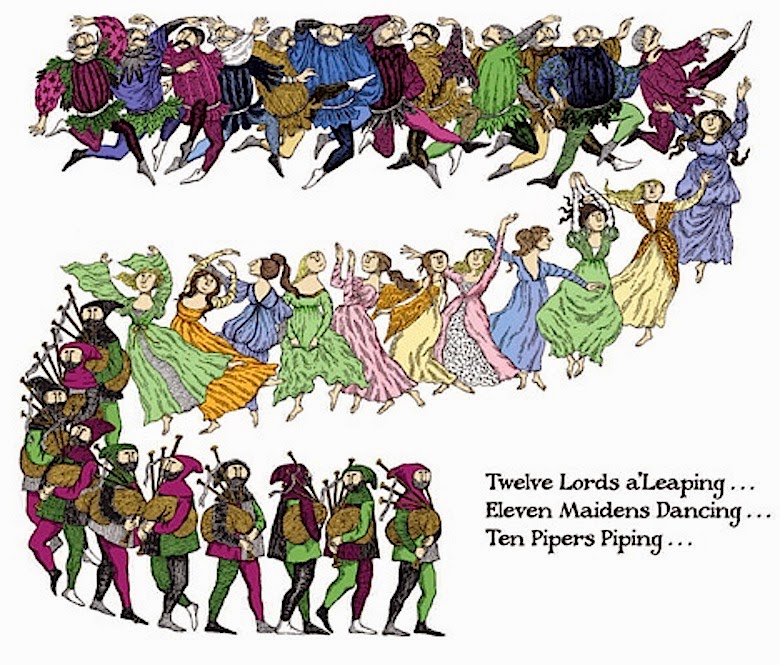 12 Lords a'Leaping - The final chapter of the perennial Christmas song - 12 Days of Christmas - is brought to life in this colorful image. 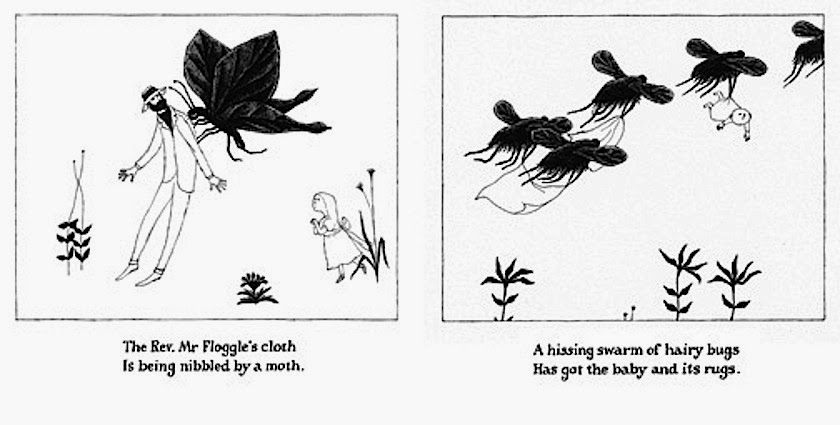 The Evil Garden - Depicted are two panels from the The Evil Garden, one of the books included in Three Books from the Fantod Press I, 1966. Artwork from this book is part of current exhibition. 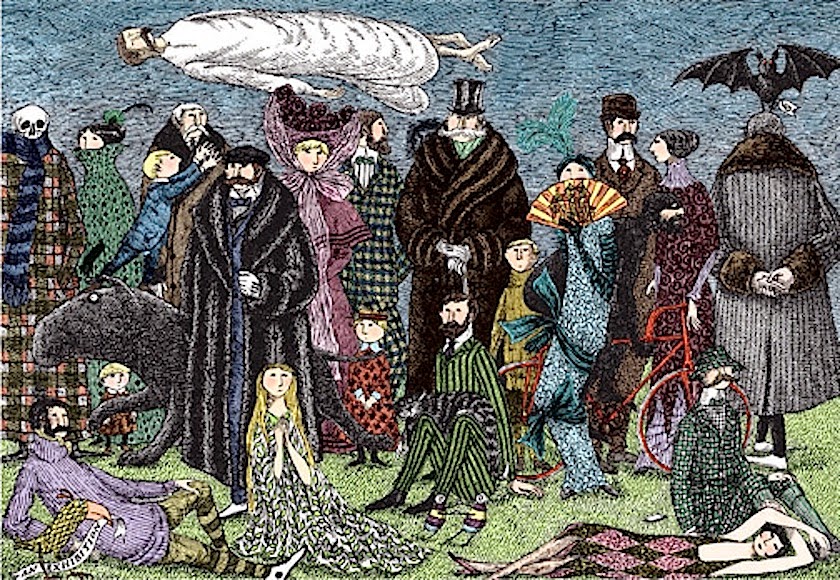 God Hovers In Jammies - This little known image was created to publicize a 1965 Gorey exhibition in California. The title of this print comes from a line in Mr. Gorey's Thoughtful Alphabet VIII (published as a broadside in 1996):

Posted by ampootozote at 8:50 PM 3 comments: