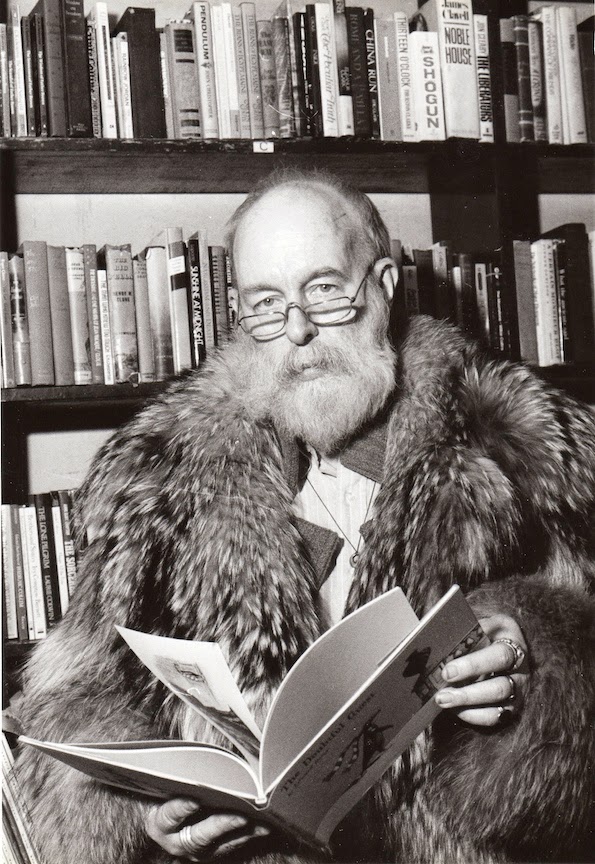 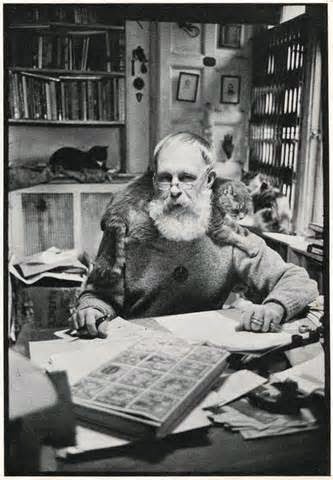 Raise a cup of QRV
Snuggle in with your favorite Gorey volume
Celebrate and Enjoy!

Posted by ampootozote at 7:43 AM No comments: 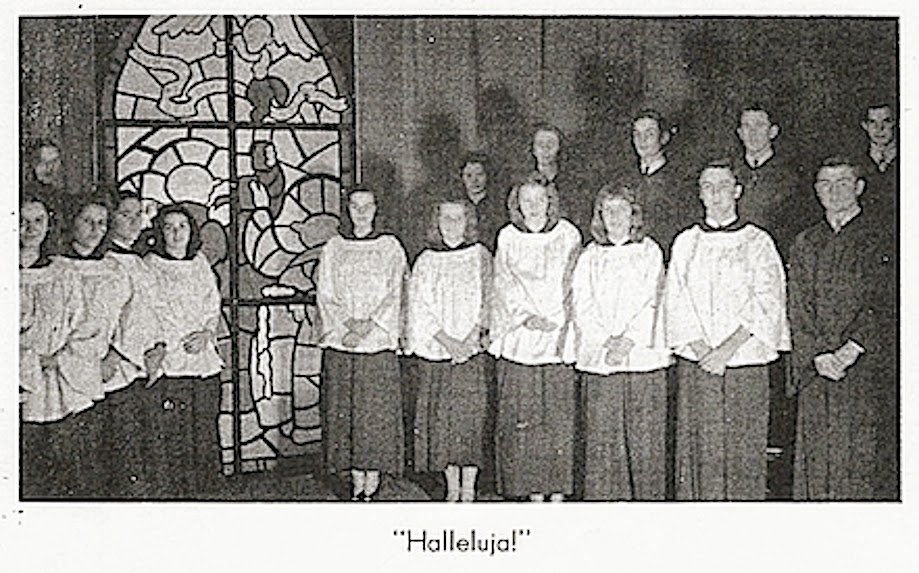 As a youth, Edward Gorey attended the Francis Parker School in Chicago. In 1940, when he was in the 11th grade, Gorey created a stained glass window design for the annual Christmas concert. The "window" was constructed as a backdrop for the school chorus and can be seen in the background of yearbook photos from the concert. 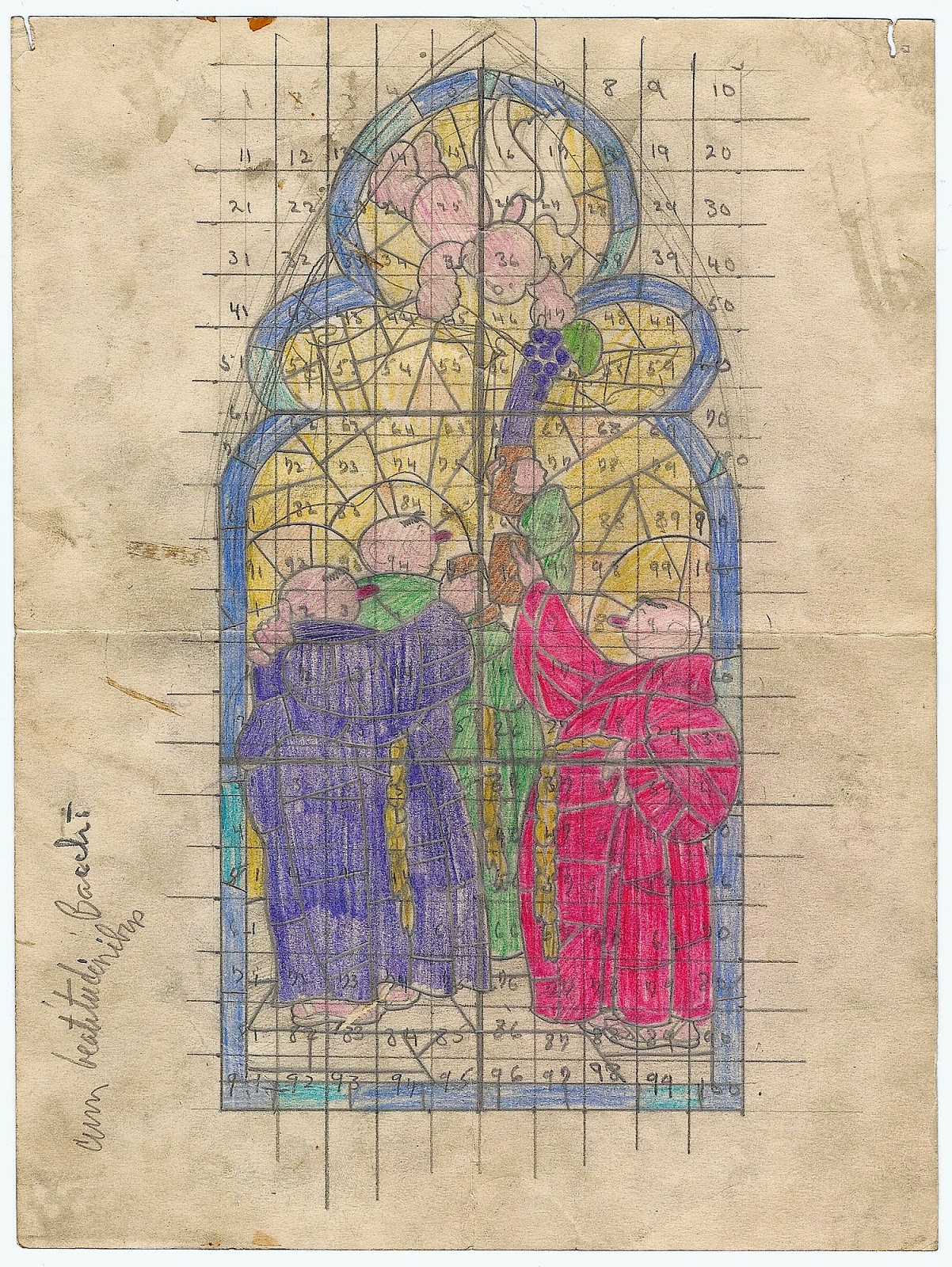 The shape of the original cartoon was an elaborate rounded arch, but this was changed to a simpler Gothic arch for the final piece. The change in shape is indicated in pencil on the drawing. The piecework on the original cartoon is also quite complicated. When the set piece was built, much of the line work was simplified, and the cherub's positioning was changed. He no longer holds the banner which floats above the heads of the monks, and it appears that his wing now covers his bare bottom!

The completed "window" gave the stage a "church" backdrop for the choir, as can be seen in the black and white yearbook photos, however the subject matter of the design is an interesting choice. 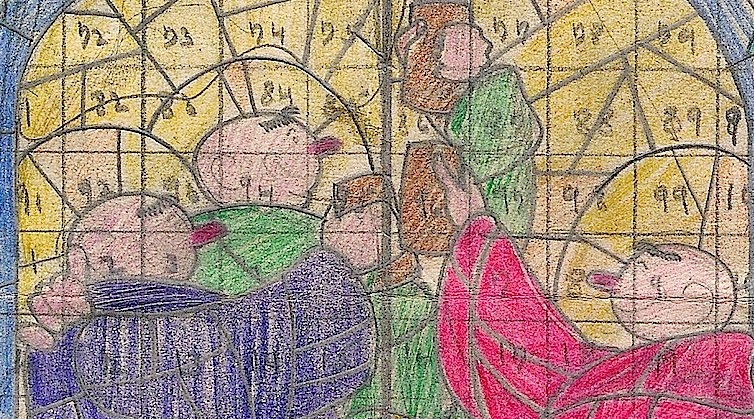 In the original cartoon, Gorey added details which gave each monk personality and showed them enjoying their alcoholic beverages. Their smiling faces and red noses indicate that a good time is being had by all! These details are difficult to see clearly in the yearbook photos of the choir with the finished piece, but they appear to be less prominent. 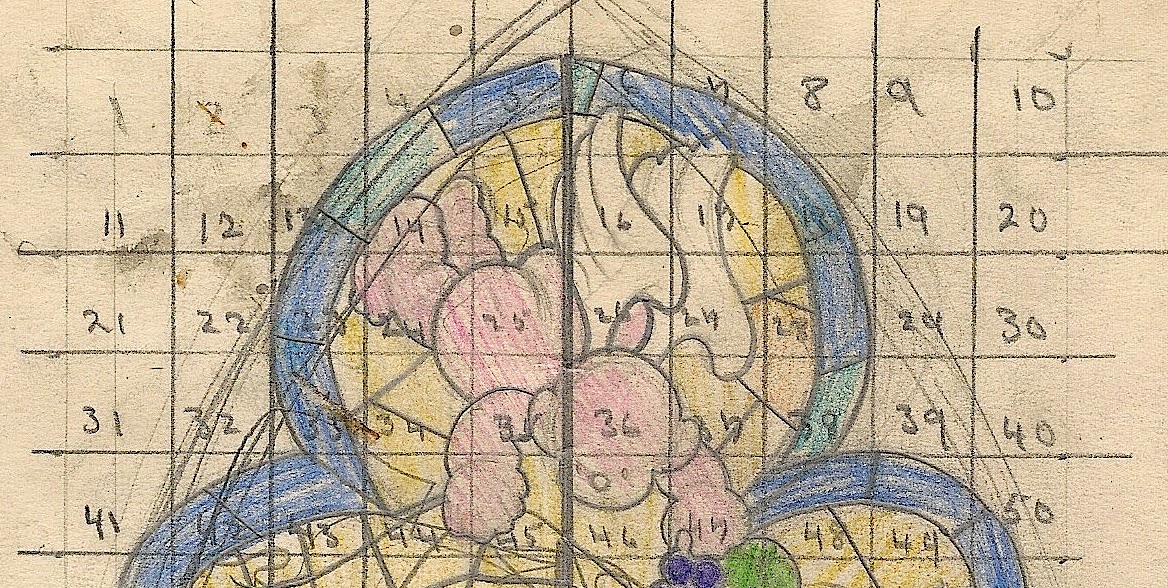 To enlarge the design, Edward Gorey began by drawing a grid and numbering each square. This is a basic method that art students are taught for drawing an image to scale. When a larger grid is created, the image within each square is enlarged to the size of the new square. This allows the artist to easily recreate the image at the larger size without distortion.

It's difficult to say whether the finished window may have been backlit. The yearbook does refer to the room being darkened as the Special Chorus entered to take their place onstage with the regular chorus, in front of "a beautiful stained glass window". While the window design looks like a stained glass window, further changes would be needed to be able to truly render this design in glass. There are several pieces with severe in-cuts that would not be possible if the design were to be actually created in glass.

Posted by ampootozote at 6:25 AM 2 comments:

The Art of Murder 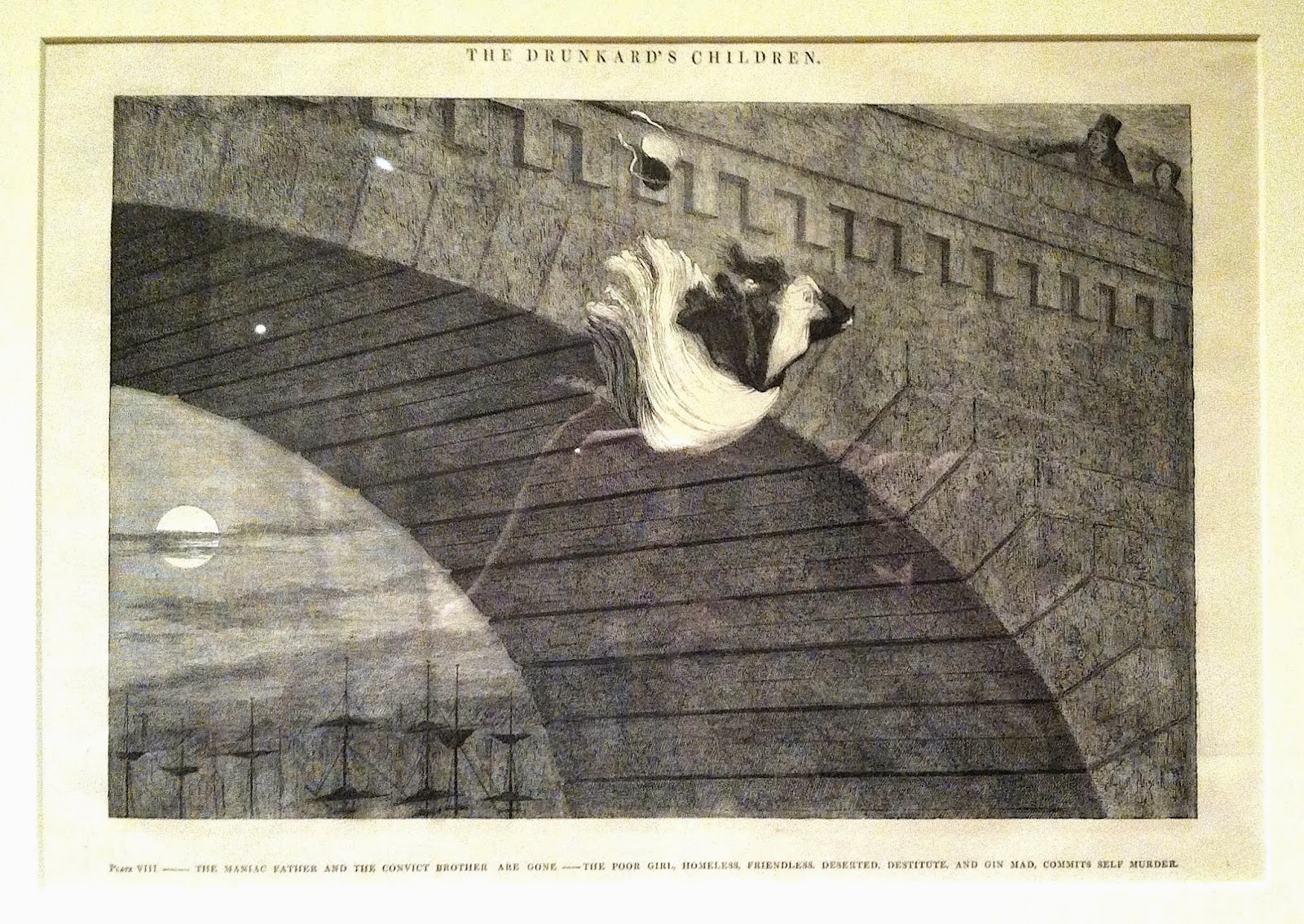 On a recent visit to the Minneapolis Institute of Arts, I came across a two room exhibition of prints entitled The Art of Murder. A warning outside the gallery states that the exhibit might not be suitable for young children.

Included in the exhibit are a series of prints, many of great antiquity, each of which depicts the act of murder. Along with the usual representations of religious crucifixions are several pieces that reminded me strongly of the works of Edward Gorey. 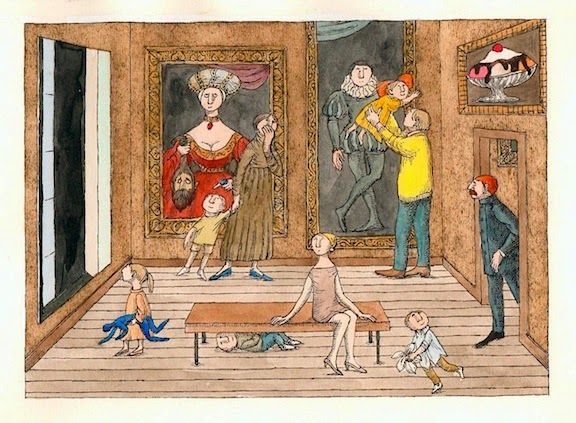 On display are a number of prints showing Judith beheading Holofernes. It struck me that the gallery's child warning was amusing given that Mr. Gorey included a painting of Judith in his art gallery image for a Town & Country Magazine article entitled, "Art is Fun".

Also on display at the MIA is an 1848 glyphograph by George Cruikshank titled, "The Maniac Father and the Convict Brother are Gone - The Poor Girl, Homeless, Friendless, Deserted, Destitute, and Gin Mad, Commits Self Murder" (see image at the top of the post). Of course, the title alone could easily be the plot line of one of Mr. Gorey's books. 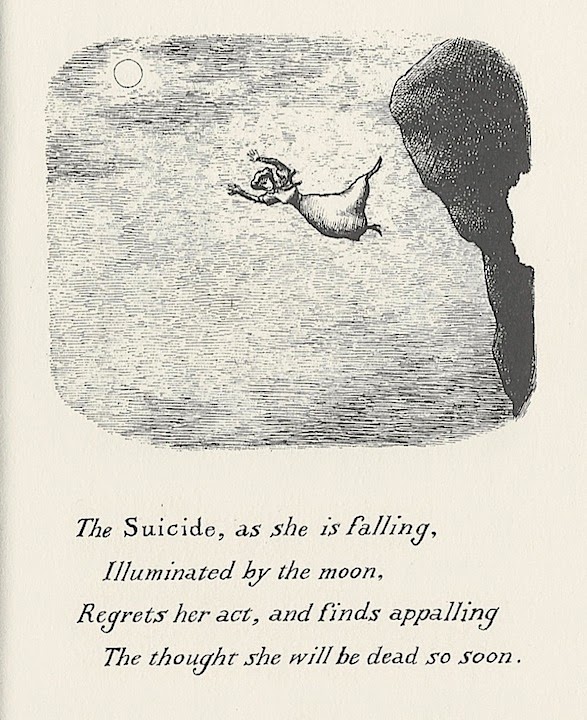 This image reminded me of several illustrations by Edward Gorey - the first from The Object Lesson, and the second from The Fatal Lozenge. Both of these illustrations bear a striking resemblance to the Cruikshank image.

Posted by ampootozote at 12:06 PM No comments: