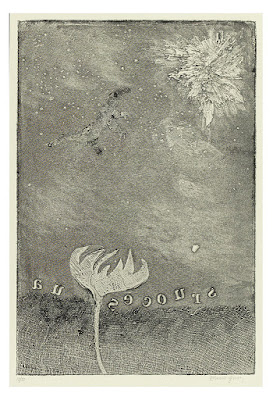 On June 10, 2015, Swann Auction Galleries in New York City will hold its annual auction of Art Press & Illustrated Books. Included in the auction is a substantial selection of books, prints and posters by Edward Gorey. Many of the Gorey items are signed limited editions. To view the catalog on line, go HERE. 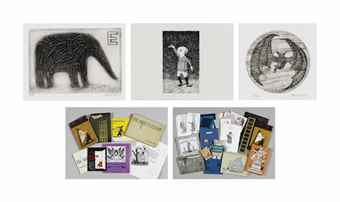 If you prefer to bid on an instant Gorey collection, you can take in the Fine Printed Books and Manuscripts at Christie's Auction House in New York City on June 12. Lot 80 consists of 180 pieces by Edward Gorey including books, hard to find limited edition prints, and a large selection of ephemera. To view the listing, go HERE.


Posted by ampootozote at 7:04 AM No comments: 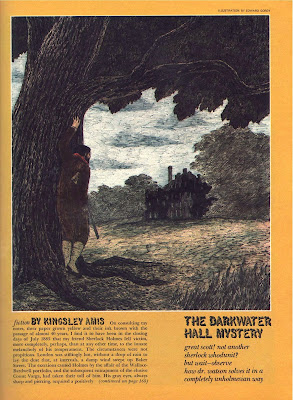 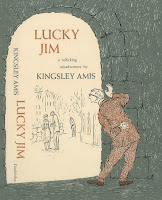 Though Mr. Amis (1922 - 1995) would go on to publish more than 20 novels, six volumes of poetry, numerous short stories, scripts, and literary criticism, Edward Gorey would only provide an illustration for one other work by the author. The Darkwater Hall Mystery first appeared in May 1978 in Playboy Magazine. An expanded version of the short story - without Mr. Gorey's illustration - was published in 1978 as a limited edition book (165 numbered copies). The Darkwater Hall Mystery is a pastiche of Sir Arthur Conan Doyle's Sherlock Holmes stories and is written as an account by Dr. John Watson. In the late 1960's, Amis had also written several pieces taking inspiration from Ian Flemming's James Bond novels.

Edward Gorey's three quarter page color illustration for this story is a wonderfully atmospheric image of a man with a gun standing behind a tree, with Darkwater Hall looming ominously in the distance. The artwork is meticulously crosshatched to evoke a sense of brooding menace. This illustration perfectly demonstrates the time and painstaking care Mr. Gorey would expend on an illustration which was intended to be used only once in a periodical. 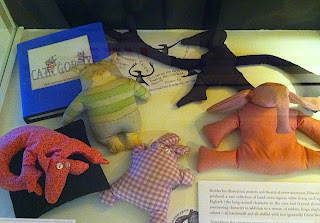 My original post, Stuffed Creatures Part 2: Edward Gorey Hand Made Dolls appeared on October 28, 2010. This is the original post expanded and updated.

Edward Gorey amused himself, his friends and fans by hand sewing small stuffed creatures which were both recognizable and fantastical. Rarely sold during his lifetime, Mr. Gorey usually gave his stuffed creations to friends, family, and associates as gifts, making them very rare and highly collectable.

Edward Gorey hand made the dolls in very limited quantities -designing the patterns, cutting the fabric, sewing and stuffing the dolls - usually while watching television in the evenings. Mr. Gorey almost always stuffed these creatures with rice. I once saw a short film on Mr. Gorey where he demonstrated how he would push the rice into the hands and feet of the figures using a chopstick. Because he used a food staple to fill his creatures, they are susceptible to high humidity and to invasions by bugs or mice if they are not stored properly. I was told that after Mr. Gorey's death, a box of half eaten creatures was found in his home. I have discussed proper storage suggestions for these rare pieces in my posting from March 31, 2010.

Here are examples of the variety of dolls created by Edward Gorey:

Eventually, Gotham Book Mart was able to procure Figbash dolls which they offered for sale to collectors. The Figbash dolls sold through GBM were created in a wide variety of highly decorative fabrics. I have several Figbash dolls in my collection (see my posting from March 31, 2010).

Frogs - I have a wonderful Gorey frog in my collection. Like the commercially produced frogs (which are discussed in a different posting), these amphibians can lay splayed flat or sit up in a wonderfully lumpy way. The frogs have button eyes and there are variations on the shape of the feet between frogs. 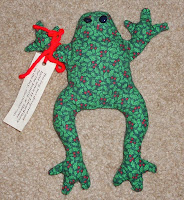 In 1992, Mr. Gorey created a small number of frogs out of holiday fabric which were sold in the lobby at The Theater on the Bay during the run of his play Stumbling Christmas. The holiday frog pictured was offered on an on-line auction and is not in my collection. 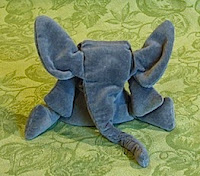 Elephants - Elephants appear in several fabrics including the grey velvet shown. With their floppy ears and long trunks, these elusive dolls are the most three dimensional of all the Gorey-made creatures and can be manipulated into many poses. 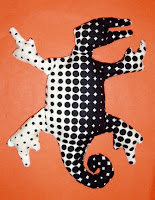 Salamanders - The salamander is practically an abstract animal bean bag. The example in my collection is made in a deliciously "mod" black and white dotted fabric which adds to the Rorschach quality of this toy. The tail is sewn in a twisted curly-cue and the head looks like a pair of pincers. This stuffed animal must have been particularly difficult to sew, turn inside out and then stuff with rice.

Rabbits - While I do not have a rabbit in my collection, I have seen three distinct variations on this creature. The first is an abstract dancing rabbit figure. These delightful creatures look more like three dimensional doodles than finished animals. The pair of yellow rabbits shown to the right are in another collector's collection.

The second version of a Gorey rabbit can be seen on page 4 of Carol Verberg's volume EDWARD GOREY ON STAGE.  This bunny is a long thin creature with over sized ears and it closely resembles Mr. Gorey's illustrations of Brer Rabbit. 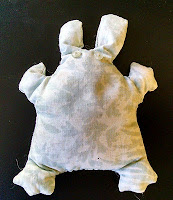 The third style of rabbit is a well fed, cuddly version with button eyes. The rabbit shown was sold in an on-line auction and is not in my collection. Another example can be seen in the photo at the top of the page. This photo was taken at the display of creatures at the Edward Gorey House.

Doubtful Guest - The Edward Gorey hand made Doubtful Guest dolls have the look of a ritual figure. The group of four shown are here courtesy of another collector.

Other Creatures - There are still quite a number of other creatures which Edward Gorey hand made, some in limited quantities and others as one of a kind creations. One lizard-like creature can be seen in the photo at the top of the page. I have not personally seen all the varieties of creature made by Edward Gorey, but it is interesting to see his imaginative ideas transformed into three dimensional objects.