The July 16, 1973 issue of Newsweek included a review of the newly formed Nantucket Stage Company. Spearheaded by producer John Wulp, the newly formed company was able to produce a professional summer season of three plays which included a work by playwright John Guare, a piece penned by Wulp himself, and a revival of the 1927 stage version of Dracula - with sets and costumes by Edward Gorey.

Presented in a made-over schoolhouse, Mr. Gorey's sets and costumes "provide the right atmosphere of sophisticated scariness". This production would become the springboard for the legendary 1977 Broadway version.
Posted by ampootozote at 7:47 AM No comments: 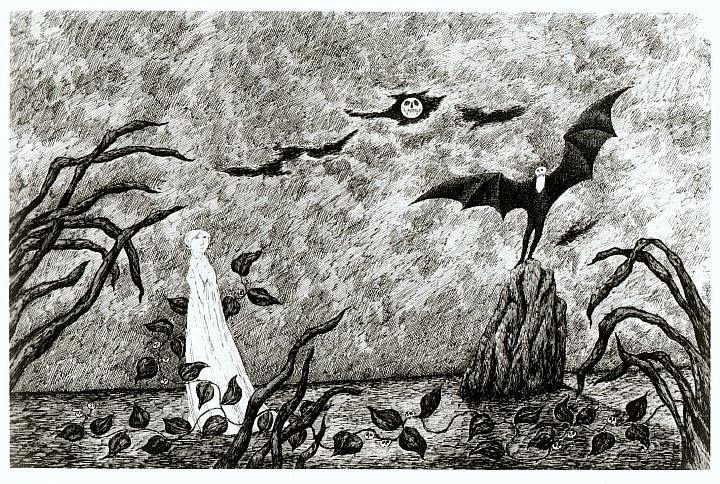 The Alley Theater in Houston, Texas will be mounting a revival of Dracula this fall featuring the iconic costume and scenic designs of Edward Gorey. Previews begin October 3, and the play runs from October 8 through November 2.

Edward Gorey won a Tony Award in 1978 for his masterful costume designs for Dracula. Contact the Alley Theater for tickets here.
Posted by ampootozote at 4:53 PM 5 comments: 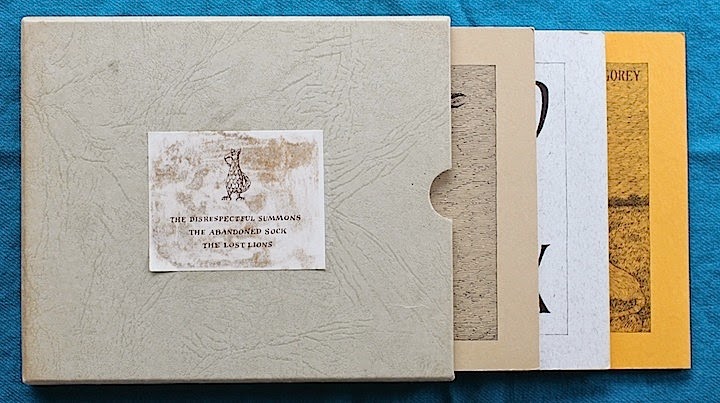 Published in 1973 by The Fantod Press, Edward Gorey's last installment of Three Books from Fantod Press IV contains three individual books published concurrently and issued together in an envelope. All three titles are limited to 500 unnumbered, unsigned copies which were housed in a printed white envelope. See my post from May 28, 2009 for more information on this set.

In addition to the envelope sets, Fantod IV was issued as a deluxe signed limited edition of 26 A-Z lettered copies which were housed in a special beige slipcase with a printed label. I recently acquired this long sought after slipcased edition. Each of the books in the set are hand signed by Edward Gorey on a special colophon page and are lettered "F" of 26 copies. 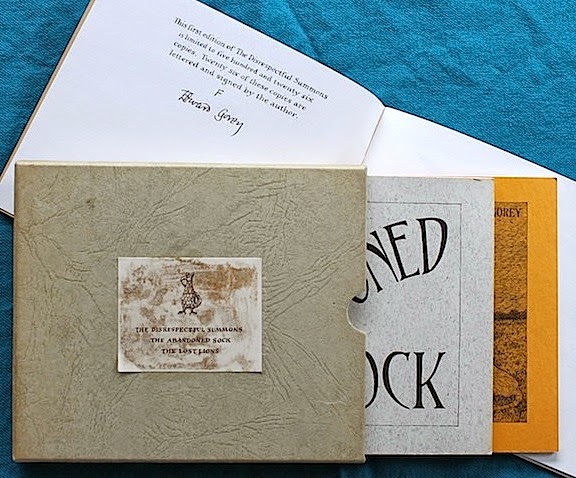 As with most early slipcased titles by Mr. Gorey, the glue used to attach the printed label was not archival and bled through the label itself.


Posted by ampootozote at 9:35 AM No comments: 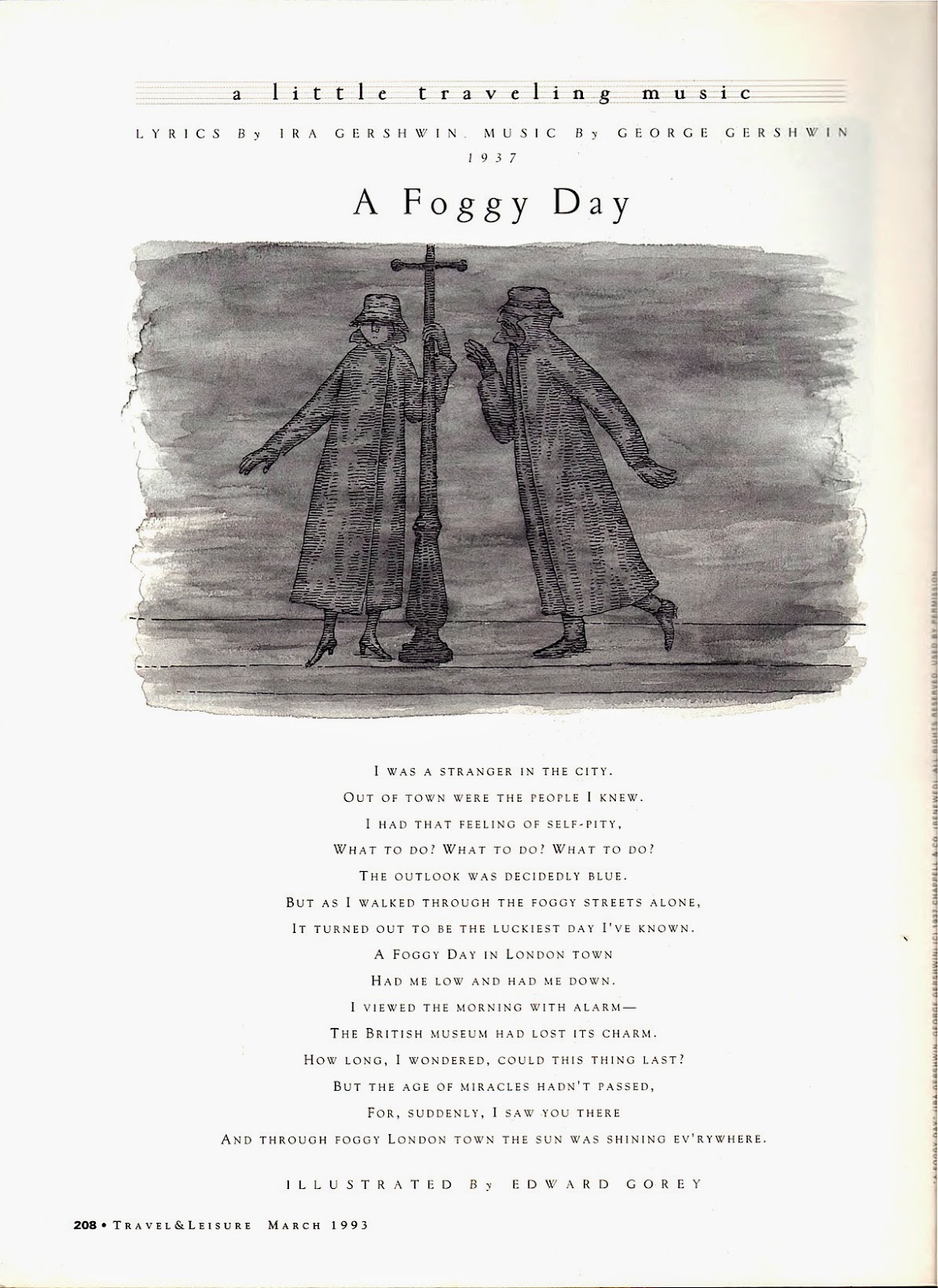 The March 1993 issue of Travel & Leisure Magazine provided A Little Traveling Music illustrated by Edward Gorey. For this one page diversion, Mr. Gorey provided an illustration for George & Ira Gershwin's 1937 song A Foggy Day. The sketchy, monochromatic image provides a nice counterpoint to lyrics printed below. Feel free to sing out loud.
Posted by ampootozote at 11:08 AM No comments: Posted by ampootozote at 7:47 AM No comments: