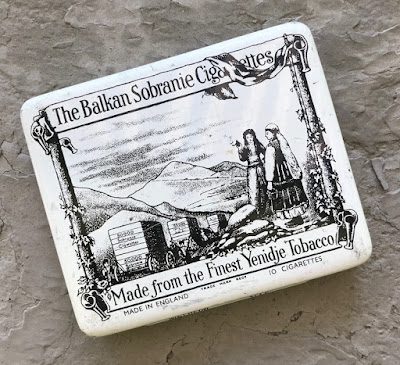 Introduced in The Curse of the Blue Figurine, Professor Roderick Childermass, the irascible elderly neighbor and unlikely friend of young Johnny Dixon was one of John Bellairs' more colorful protagonists. The Professor threw fits, yelled, cursed, and was generally bad tempered, but beneath the crusty surface was a kindly man who felt his fits of temper deeply and apologized to his friends often. The Professor was also an accomplished baker, and anyone who reads Mr. Bellairs' Johnny Dixon books will soon be heading to the kitchen or the nearest bakery for some chocolate cake with thick fudgy icing.

Professor Childermass was also something of a chain smoker, especially in the earlier books in the series. As the series progresses, the Professor works hard to break the habit. What was the Professor's cigarette of choice? The tiny, black papered Balkan Sobranie Turkish Cigarette. This also appears to be the preferred cigarette of Agatha Christie's Hercule Poirot. A fun collectible to display near your book collection is the illustrated vintage tin box that once housed the tiny cigarettes. These tins can be found in antiques shops and in on-line auctions. 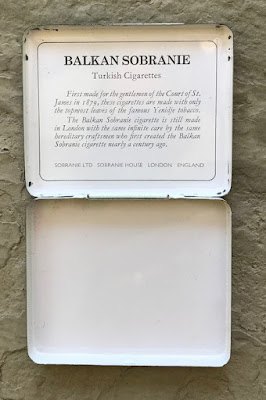 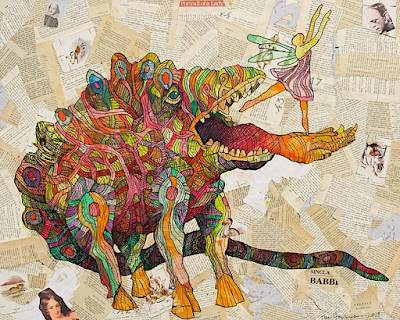 "What are you going to do with all your stuff when you die?"

When you reach a certain age, or have accumulated a certain amount of possessions, this question will come up in conversation with increasing frequency. Often, as people "downsize" their living space they will disperse the bulk of their belongings before they pass. Many people leave behind the accumulated detritus of a lifetime that family and friends must deal with.

When Edward Gorey passed in 2000, he left behind a house and barn full to the rafters with objects collected over a lifetime of shopping, tag sales, and literally picking things up and bringing them home. Mr. Gorey had an obsession with objects. The pieces he collected and lived with inspired his works and often appeared in his drawings. After his passing, some of these possessions were bequeathed to family, friends, and institutions, but there was still a house and barn full of things that had to be dealt with.

When Edward Gorey's home was turned into a permanent museum celebrating his life and works, the barn became the repository of objects that needed to be cleared and sorted as the rooms of his home were turned into exhibition spaces. Many of the pieces he collected are on display in the museum, but there was still a large stash of pieces brought home by Mr. Gorey that were languishing in storage. Time to bring in the artists!

26 artists were each given a box and escorted into the barn to pick and choose objects that they would then take back to their respective studios and transform into works of art that will be exhibited at the Cape Cod Cultural Center, and then sold to benefit The Edward Gorey House.

To learn more about the event, go HERE. To read an article about the upcoming exhibition and sale, go HERE.

The piece shown at the top of the post is titled "Dancing in the Dark" by artist Ric Haynes.


Posted by ampootozote at 7:06 AM No comments: