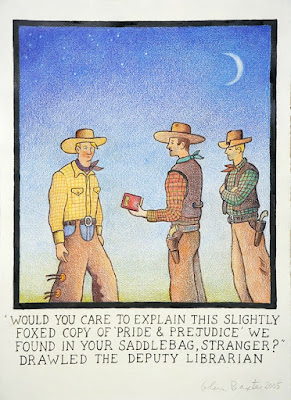 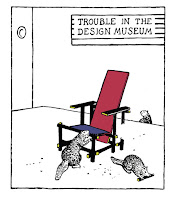 Glen Baxter is an artist who was born in Leeds, UK in 1944. Mr. Baxter primarily creates single panel absurdist cartoon panels that are available as collected works in many books. Original artwork is available from several Fine Art Galleries in the United States, England, and France. Mr. Baxter's work often features literary, domestic, and artistic themes combined in unlikely ways with typical British characters. Another favorite theme is the American West, where cowboys interact in unexpected ways with literature and modern art. 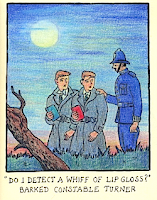 Unlike Edward Gorey who created artwork at the size it was intended to be published, Mr. Baxter's prefers to work in a Fine Art sensibility and his pieces range in size from 10" x 15" to massive 41" x 60" pieces. He works in pen & ink and also creates color pieces in pastel and crayon which give them a distinctive look. A number of images have been available as signed, limited edition prints.

Mr. Baxter's first solo art exhibition was held at the Gotham Book Mart in 1974. Edward Gorey attended the opening and was the first person to purchase Mr. Baxter's original artwork. Mr. Gorey acquired several originals at the GBM show and these remained in his personal art collection for the rest of his life. I have seen a lovely photograph of the two artists enjoying drinks and a laugh together at the opening. 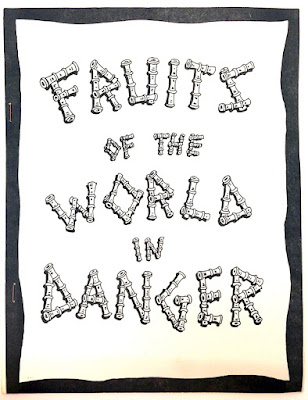 Glen Baxter has published more than 20 books, and many are in print. The most recent volume is Almost Completely Baxter, New and Selected Blurtings . Published in 2016, this book includes black & white and color works.