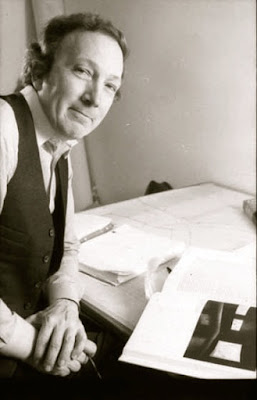 It is with sadness that we mark the passing of multi-talented director, producer, playwright, artist, designer, and educator John Wulp who died on Tuesday November 27 at the age of 90. As a producer, Mr Wulp was the driving force behind the Edward Gorey designed 1973 Nantucket and 1977 Broadway productions of Dracula. Mr. Wulp was awarded a Tony Award for the Broadway production.

It's heardly sad for us. We lost him. World can get people like him again. Best of luck for him .

Jonathan Arlen Stensland
-- sad news to hold onto.
Only "discovering" John Wulp
-- this past weekend
-- not yet 5 months too late
-- to make his acquaintance
-- at last.
John Wulp was my first cousin
-- thrice removed.
He died on my 53rd birthday
-- on November 27, 2018
I would very much have liked
-- to have visited with him
-- given him a blessing
-- from his family
At the last.