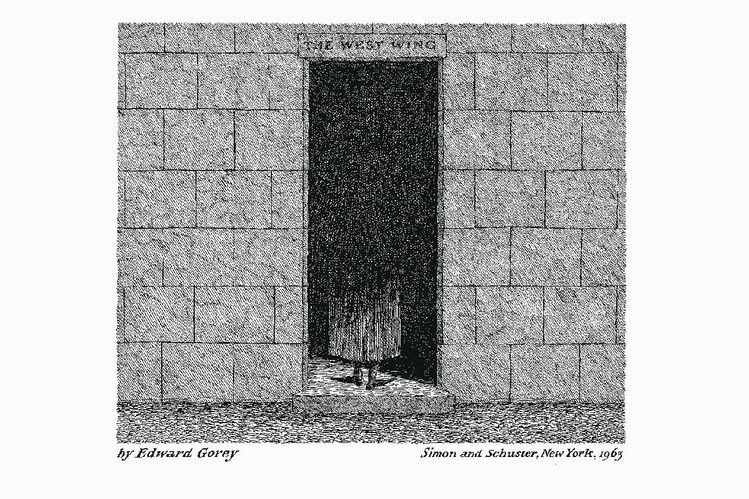 As we approach the final weeks of the double Edward Gorey exhibition at Loyola University Museum of Art (LUMA), the Wall Street Journal has published a thoughtful review of the show. Check out the article HERE.

The Loyola exhibition closes June 15th, so there is still time to head to Chicago for this exceptional experience. For details on the exhibition, visit Loyola's website HERE.
Posted by ampootozote at 7:16 AM No comments: 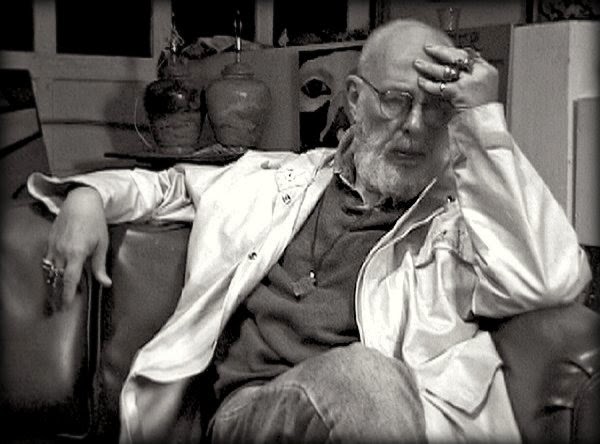 Christopher Seufert is working to complete the Edward Gorey Documentary and his Kickstarter campaign to raise funding to complete the project is in its final days. The campaign ends May 24th, so there is no time to lose...If you have been thinking about donating to this campaign, now is the time to do it!

Go HERE for information about how you can become a backer of this exciting project for as little as $1.00. Pledge amounts of $40.00 will receive a DVD copy of the finished documentary and the premiums for donating go up from there. For donations of higher amounts there is also a CD of music, a book about the project, tickets to the premier, or even a visit from the filmmaker himself to give a presentation to your organization, group, club, or cat. For a donation of $200.00, you not only receive some goodies, but you can go down in Gorey History as your name will appear in the credits of the film, which is intended to be shown at the Sundance Film Festival and on PBS.

As with all Kickstarter campaigns, participants pay nothing if the total amount sought by the filmmaker is not achieved by the end of the campaign, but that also means that the project will remain unfunded.

SPECIAL NOTICE: AS OF SATURDAY MAY 17TH, THE PROJECT HAS REACHED ITS TARGET AMOUNT AND WILL BE FUNDED BY THE GENEROSITY OF THE KICKSTARTER BACKERS! ANY ADDITIONAL BACKINGS WILL FURTHER ENHANCE THE QUALITY OF THE FINAL FILM.

THE KICKSTARTER CAMPAIGN HAS ENDED AND THE GOAL HAS BEEN ALMOST DOUBLED, WHICH MEANS MORE FUN FOR US AS FANS AND VIEWERS. THE ADDITIONAL PLEDGES HELPED MR. SEUFERT REACH SEVERAL "STRETCH GOALS" WHICH WILL ENHANCE THE FINAL FILM. 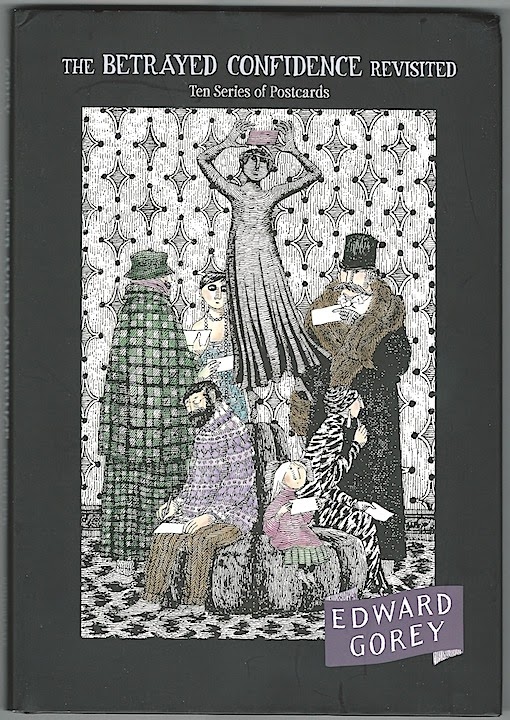 The Betrayed Confidence Revisited by Edward Gorey has been published by Pomegranate Books, 2014. This large (for Gorey) hardcover book has printed boards and a matching dust jacket. The original 1992 publication of The Betrayed Confidence by Parnasses Imprints (see my post from August 18, 2010) brought together seven scarce postcard sets by Mr. Gorey in one soft cover volume. This newly expanded volume illustrates the original seven sets plus three additional groupings of postcards created by Mr. Gorey. This printing has an introduction by Edward Bradford written specially for this volume.

Using the anagram Dogear Wryde, Edward Gorey published postcard sets that are humorous and often oblique. Two of the additional postcard sets included in this volume; Q.R.V. Unwmkd.Imperf., and Q.R.V. Hikuptah, are part of the standard Gorey collecting cannon often referred to as "A Collection" publications. The third addition shows thirteen cards created for Gotham Book Mart announcing National Post Card Week. Commissioned by GBM, these postcards were sent out annually to announce a postcard themed event at the bookstore. The cards were not published as part of the Dogear Wryde series and were never issued together as a "set", making it more difficult to put together a complete collection of the images.

This "revisited" collection also shows Edward Gorey's Interpretive Series in color. This postcard set was originally issued as 13 black and white images in an illustrated envelope. Mr. Gorey created a signed limited edition where he hand colored 76 complete sets of the cards (see my post from October 5, 2009). The Interpretive Series was shown in black and white in the 1992 printing. 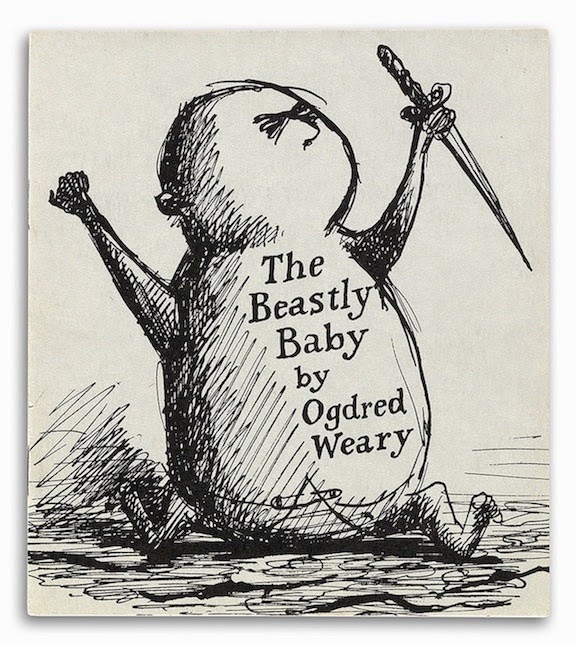 The auction of The Edward Gorey Collection of Sam Speigel at Swann Galleries has come and gone, and the majority of books, posters, pieces of ephemera and artwork have found new homes in numerous collections. Prices realized were strong, with fewer than 20 of 130 lots remaining unsold at the end of the auction.

Standouts amongst the pieces which sold included several rarely seen hand colored limited edition books and postcards. A signed copy of The Beastly Baby did particularly well, as did the grouping of hand signed, limited edition posters for theatrical productions.

It is unlikely that another collection of this depth will be offered anytime soon. 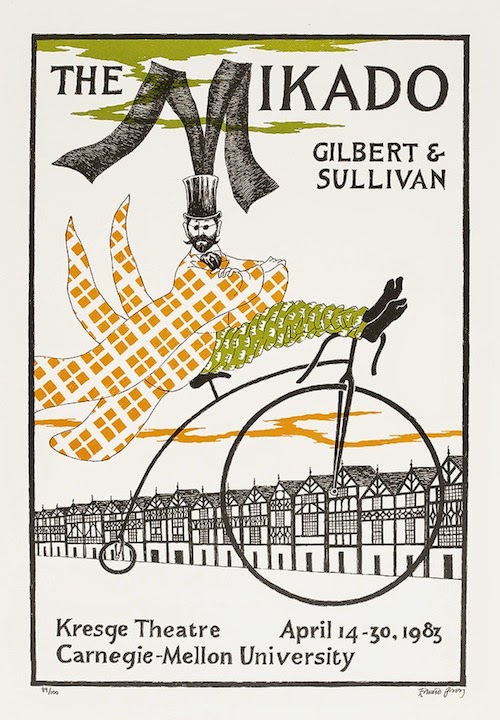 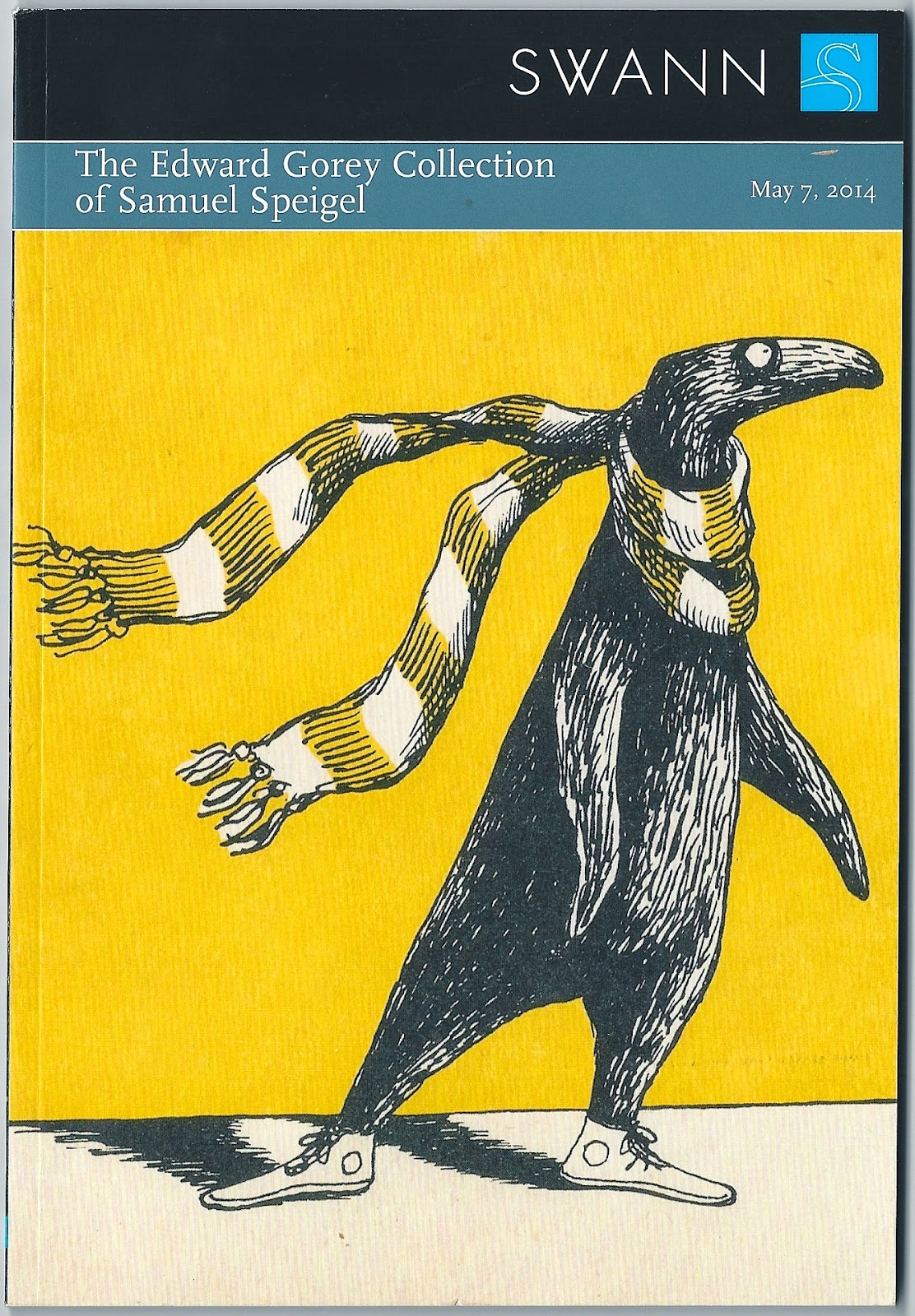 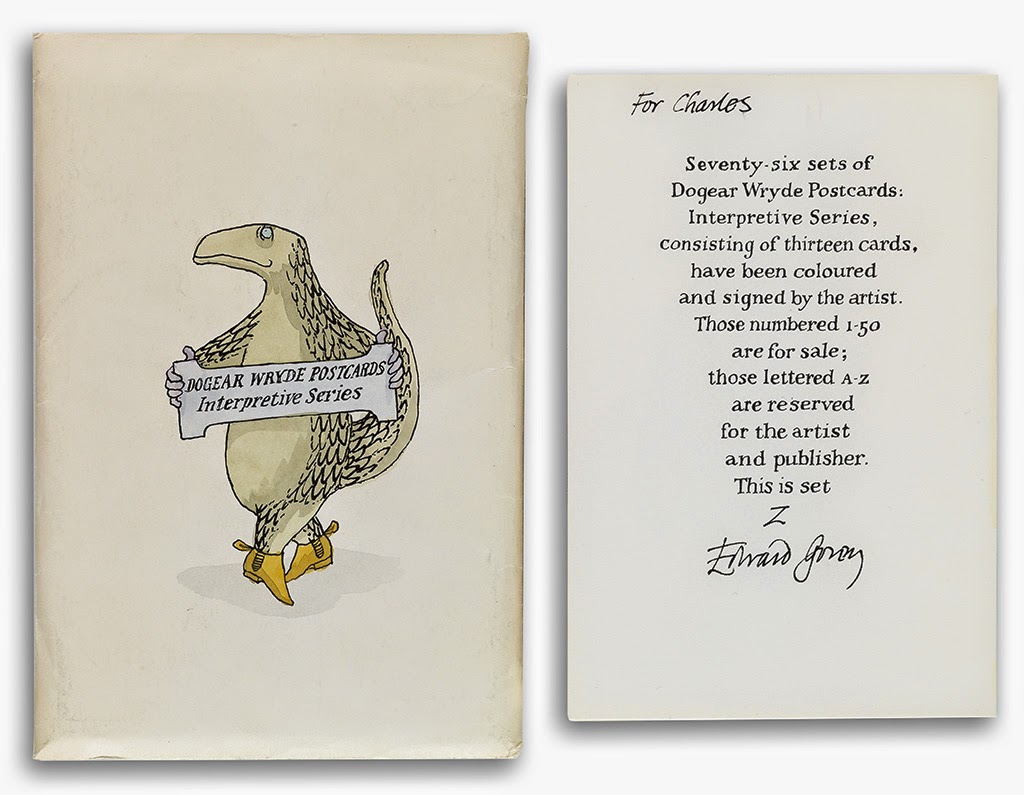 In an auction that should be subtitled Edward Gorey A to Z, Mr. Speigel is offering almost every deluxe limited edition publication produced by Edward Gorey throughout his career. Most of these titles are one of 26 copies lettered A to Z, and often feature special bindings and goodies such as hand coloring. The second half of Mr. Speigel's collection will be offered by Swann in the fall.

With 130 lots featuring the rare and unusual, this auction and its catalog are sure to be referenced for years to come. To view lots, or to purchase the catalog, visit Swann HERE.