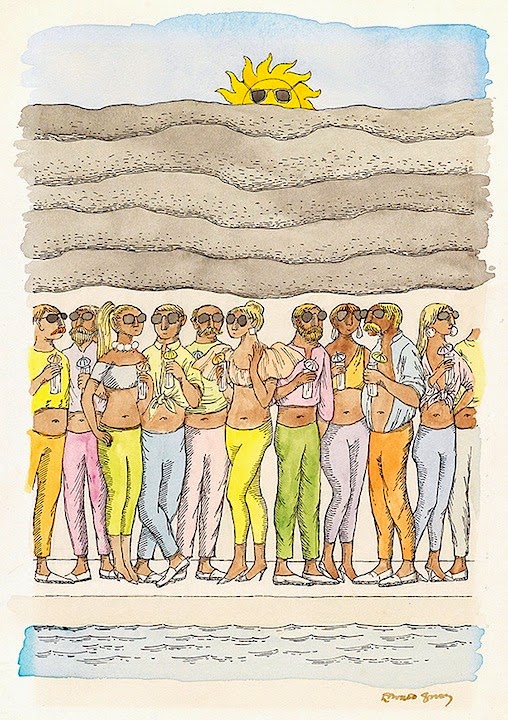 It is Summer and outdoor parties are in full swing. What could be more swinging than this Los Angeles Pool Party image created by Edward Gorey? These tanned hipsters know that the only way to enjoy the pool is to be dressed in the latest fashion, wear cool sunglasses and enjoy a tall cooling drink with an umbrella in it. Of course, the layer of LA smog is still burning off.

This piece of original art by Mr. Gorey was sold at Swann Auction Galleries in January 2014 and is believed to have been made in the 1960's/early 70's as a magazine illustration.


Posted by ampootozote at 7:34 AM No comments:

Author Mary Rodgers has died at 83. Edward Gorey provided dust jackets for three of her books; Freaky Friday, A Billion for Boris, and Summer Switch.

Ms. Rogers was the daughter of composer Richard Rogers and the mother of composer Adam Guettel. She was also a composer herself, providing the music for the Broadway hit Once Upon A Mattress as well as several other less well known shows.

My copy of Freaky Friday is signed and inscribed (not to me) by Mary Rodgers. 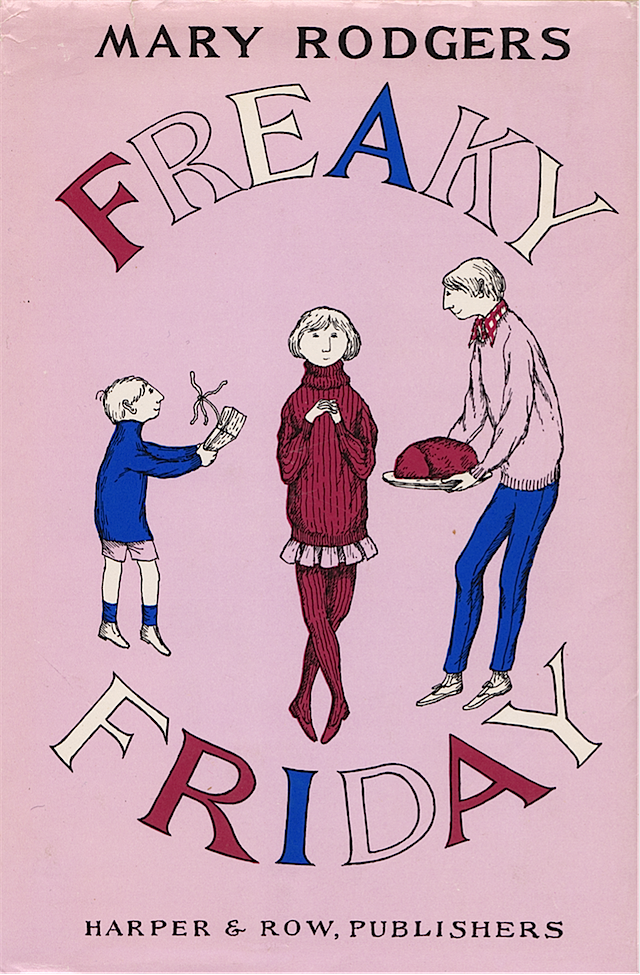 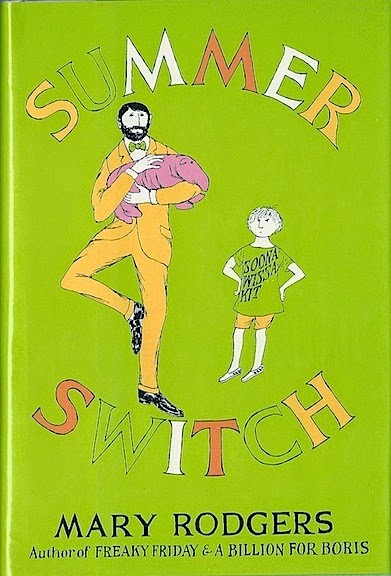 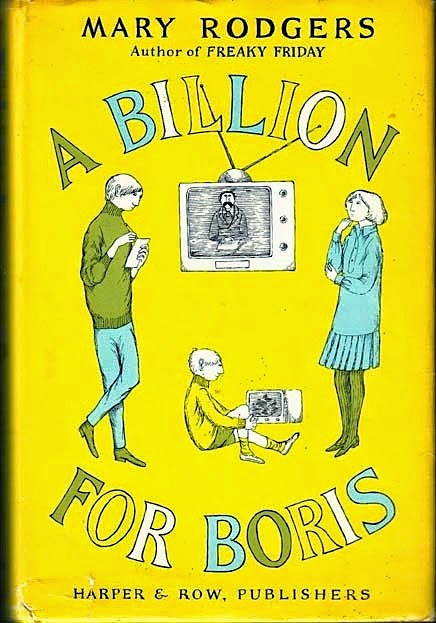 Posted by ampootozote at 9:53 PM 2 comments:

We all know that Tim Burton was inspired by Edward Gorey. Here is a recently resurfaced television program of Hansel and Gretel designed and directed by Mr. Burton that aired only once - on Halloween in 1983! Perhaps Mr. Gorey watched it himself that evening! I want the toys...
Posted by ampootozote at 6:20 AM 2 comments: 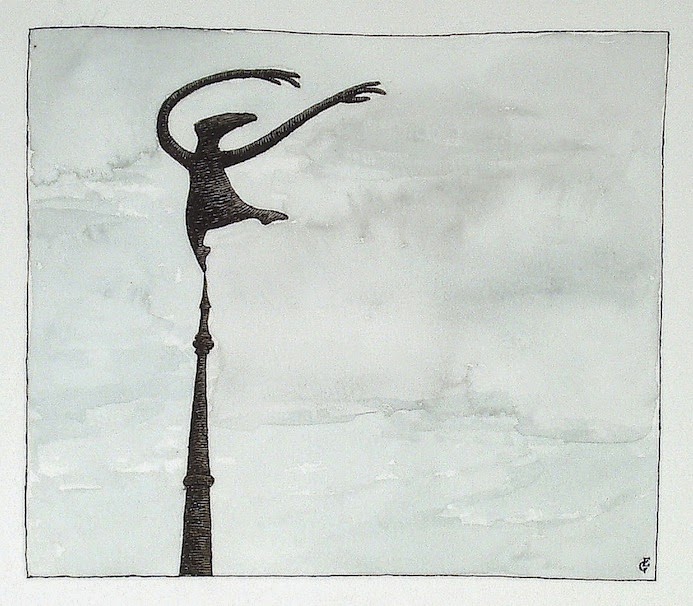 After his debut in The Raging Tide, Figbash would become one of Edward Gorey's most recognizable characters. Figbash cavorted across theater sets, announcement cards, posters, fine art prints, his own alphabet book, and as hand sewn dolls made by Mr. Gorey himself. Even with these frequent sightings, original artwork featuring Figbash rarely appears outside of the Gorey Archives. 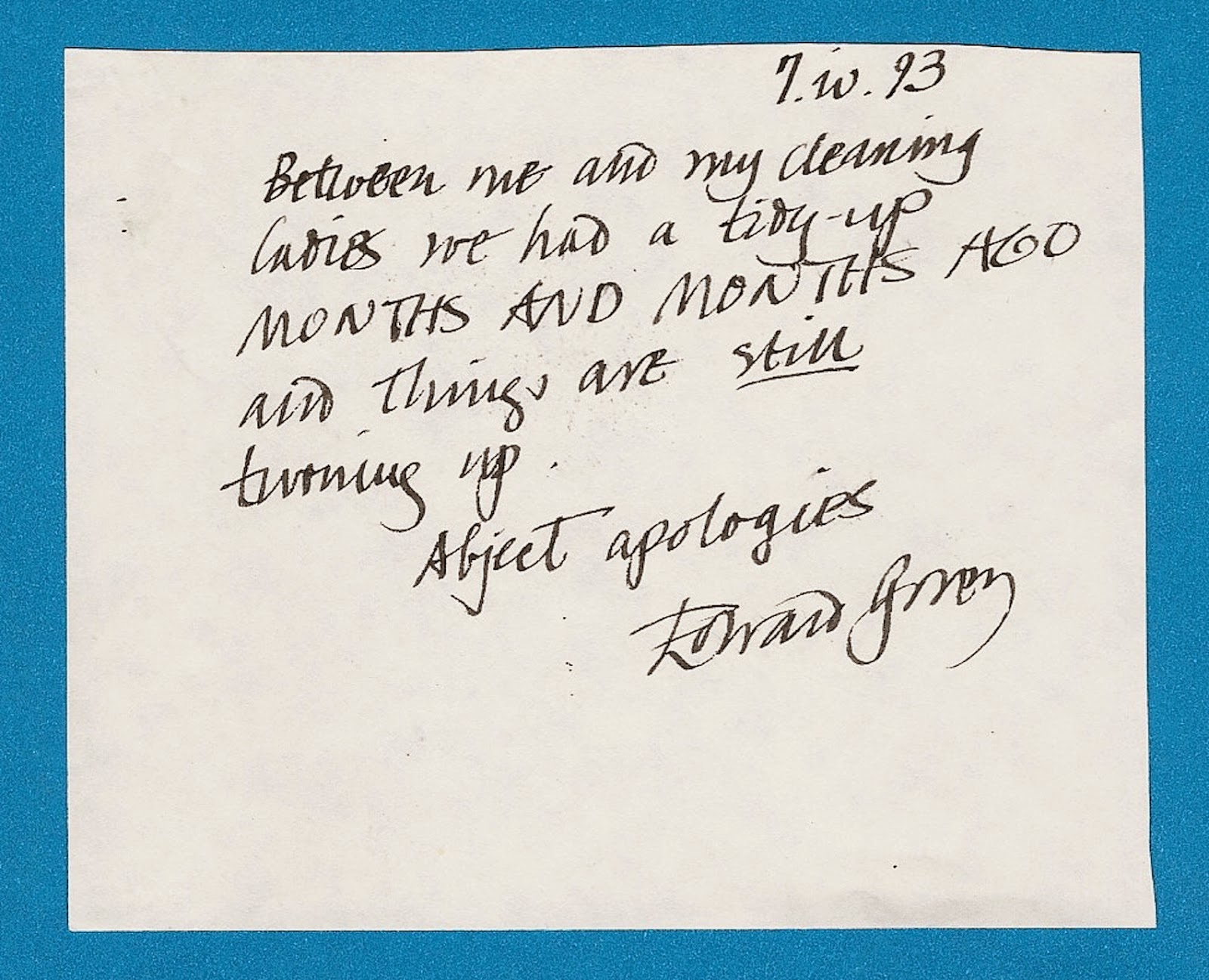 Edward Gorey created the color artwork in 1993 as an apology for losing/mislaying some books which Linda Moody of Moody Books had sent to Mr. Gorey for signing. When the books were eventually found, Mr. Gorey signed the material and returned it with a short letter of apology and the accompanying painting of Figbash. Mrs. Moody eventually sold the artwork to Gotham Book Mart (where I acquired it), but had mislaid the note. A few years later, she located the note and sold it through an online auction. I was outbid at the time, but have recently been able to acquire the note from the collector who bought it and they are now happily reunited once more!

Did Edward Gorey have "cleaning ladies", or was this just his way of apologizing for mislaying the books?

Posted by ampootozote at 8:30 AM 3 comments:

How does one bring a skeleton to life? Watch and see... 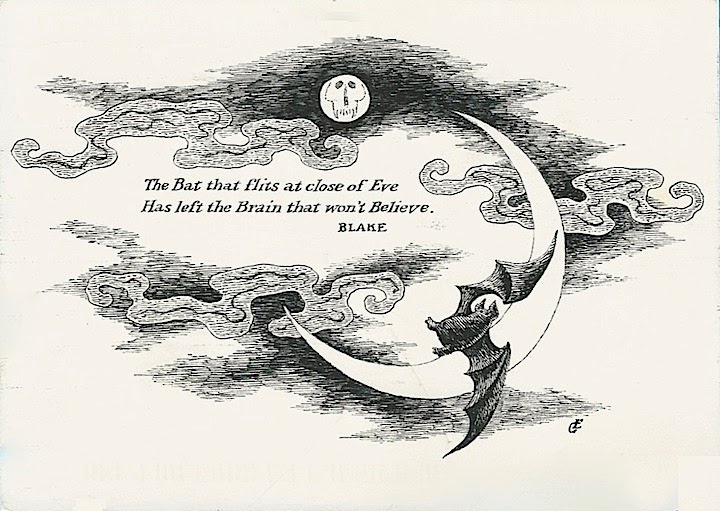 This evening's June full moon is popularly called the Strawberry Moon, Honey Moon, and/or Rose Moon. It's also the 'Friday 13th June full moon,' something that hasn't happened since 1919, and it's going to be the lowest in the sky of any full moon this year. Maybe there will be a fanged skull visible!
Posted by ampootozote at 4:37 PM No comments: 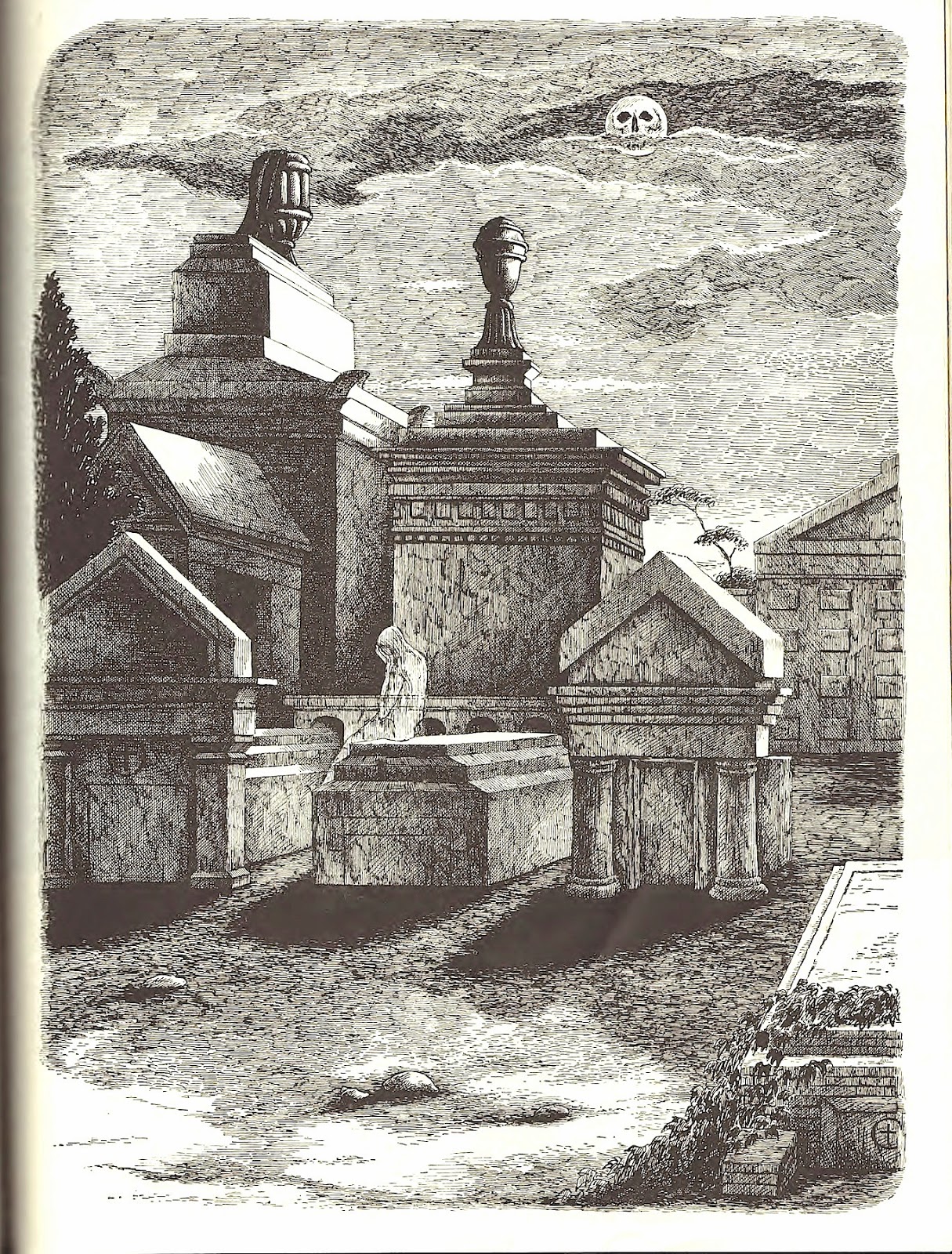 The June 1961 edition of Holiday Magazine featured an exceptional image by Edward Gorey for an article titled Haunted New Orleans. This image is remarkable because of the highly sophisticated use of perspective - not always a strong point for Mr. Gorey's illustrations. He most likely worked from a photograph of an actual cemetery to create this setting since it feels highly specific and "lifelike". There are obvious "Gorey touches" that have been added to several of the details.