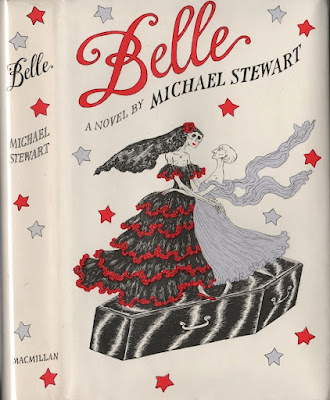 Published in 1977 by Macmillon Publishing Co., New York, Belle was written by Michael Stewart and features a dust wrapper design and frontis illustration by Edward Gorey. The novel tells the story of how unsuspecting writer Donald Lang becomes hopelessly entangled with ninety year old Princess Bernheim Waldman Poiachinsky, known to all as Belle. As can be gleaned from the illustrations by Mr. Gorey, Belle is obsessed (and appears to fuel her longevity) by attending the funerals of a wide circle of friends and acquaintances. Belle is the life of the party, when the party is someone's final get together.

Michael Stewart (1924 - 1987) appears to have only completed this one novel, but he was a prolific playwright and librettist, working on such major musicals as Bye Bye Birdie, Hello Dolly, Carnival, Mack & Mable, and others.

The character of Belle bears a strong resemblance to the Baroness Von Rettig from Edward Gorey's 1978 book The Green Beads. It is possible that Mr. Gorey was inspired by Mr. Stewart's novel to create a story of his own after working on Belle. 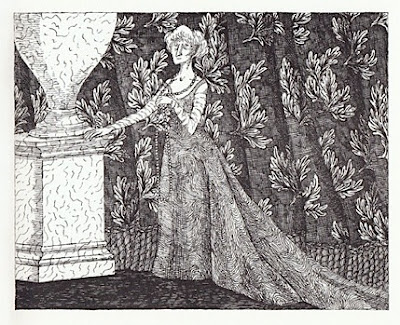 Posted by ampootozote at 1:49 PM No comments: 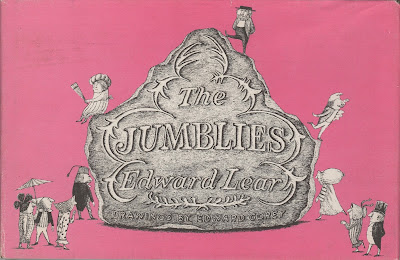 "Far and few, far and few,
Are the land where the Jumblies live;
Their heads are green, and their hands are blue,
And they went to sea in a Sieve." 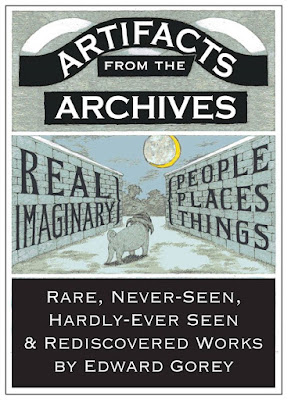 The Edward Gorey House has announced its exhibition for 2016. The show opens in April.

Posted by ampootozote at 7:19 AM No comments: