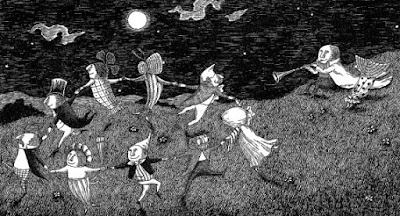 As we focus on family and friends this week, take a tip from the Jumblies and remember to dance and play with one another.


Posted by ampootozote at 6:56 AM No comments: 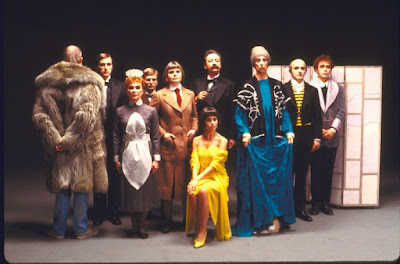 Here are a few more remarkable photographs from the New York Public Library, Billy Rose Theater Division. The images are by theater photographer Martha Swope from the 1978 Broadway production of Gorey Stories. The ill fated production played at the Booth Theater, with a total run of 16 performances. The "Entertainment with Music" played 15 previews, opened on October 30, 1978, and closed that same evening. 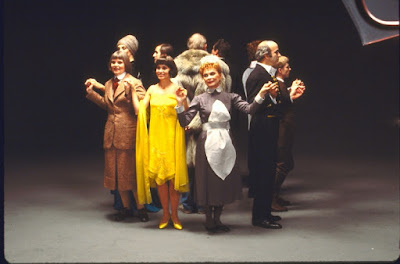 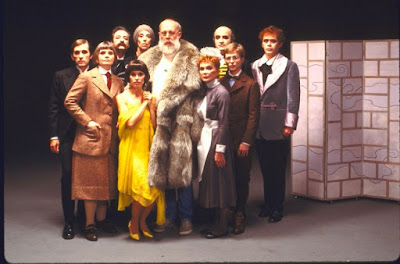 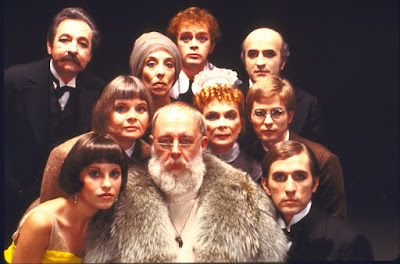 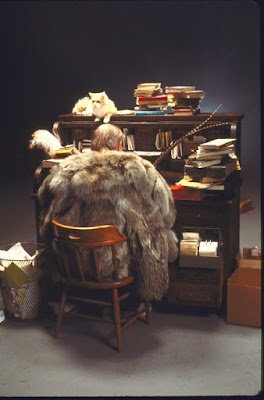 The most unusual thing about this collection of images is the inclusion of Edward Gorey himself along with the cast. The series of images were obviously staged publicity photographs in which Mr. Gorey is wearing one of his more luxurious fur coats. Even though his expression is serious, there is the sense that Mr. Gorey is enjoying himself in these photos.