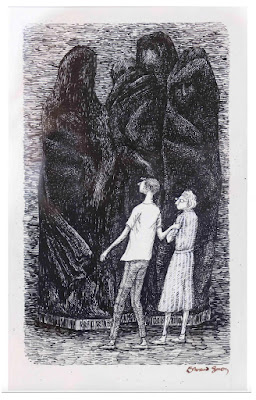 Many pieces received bids but only one, the frontispiece illustration from John Bellair's The Dark Secret of Weatherend met its reserve price, ultimately selling for $5120.00 (including buyers premium). Artwork from the popular Bellairs' series rarely become available and this piece had multiple bids.

Posted by ampootozote at 7:40 PM No comments: 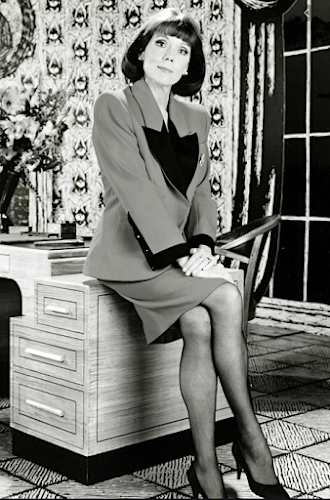 Famed actress Dame Diana Rigg passed away on September 10, 2020 at the age of 82. Ms. Riggs hosted the popular weekly PBS television series Mystery from 1989 to 2003, following the departure of the ailing Vincent Price. Each introduction was filmed in a setting designed by Edward Gorey. Several of her introductions and conclusions can be found on YouTube such as the one here:

Posted by ampootozote at 7:09 AM No comments: