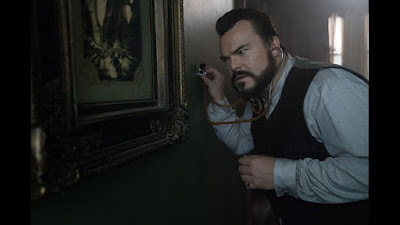 
Posted by ampootozote at 7:12 PM No comments: 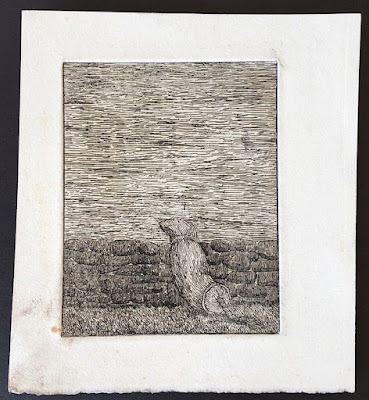 Recently, there have been several additional previously unrecorded etchings by Edward Gorey offered for sale (none of the prints shown are in my collection).  The first is another copy of a 1977 Bolster print that was discussed in Fine Art Prints, Part 15 (Nov 1, 2017). The previously shown impression had notations in Mr. Gorey's hand stating that it was overexposed, resulting in an image that was dark with thick linework. This impression rectifies the darkness and the image appears to have come into focus. 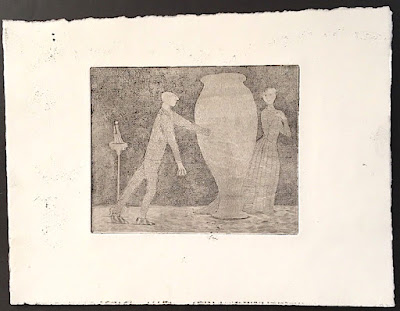 The second print shows a couple in agitated conversation near a large urn and a spindle table with a figurine on it. The plate for this print appears to have been underexposed, leaving the details indistinct. 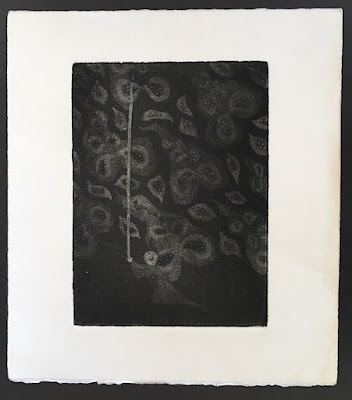 The next image shows a figure holding an extremely long candle against a flowing, theatrical backdrop. The overall darkness of this print works to its advantage, giving the piece a moody, nighttime appearance. 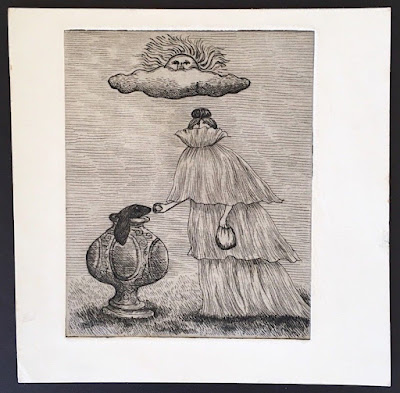 The last image is probably the best realized of the grouping, with a woman offering a treat to a long eared dog that has been stuffed into an urn, while the sun observes the scene from behind a passing cloud.

None of these images were put into production, and plates no longer appear to exist. On viewing these prints as a group, it becomes clear that they represent early trials that were abandoned by Edward Gorey in favor of other images. These pieces were most likely created during the printmaking courses that Mr. Gorey attended at the local community college. It is instructive to see some of the perceived failures, and the group provides insight into Mr. Gorey's hands-on approach to his printmaking endeavors. 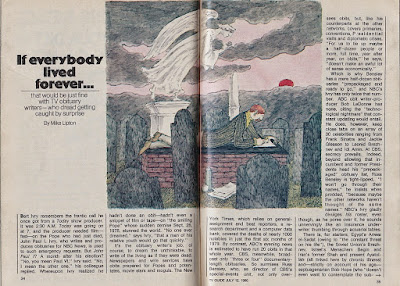