Take the furs out of cold storage, strap on your wooden leg, gas up the Pierce Arrow motor car, and get ready to head to the Edward Gorey House on Thursday April 11th for the opening of the 2019 exhibition Hippity Wippity (Edward Gorey and the Language of Nonsense). Rhyming dictionaries will undoubtedly need revisions once this exhibit opens. 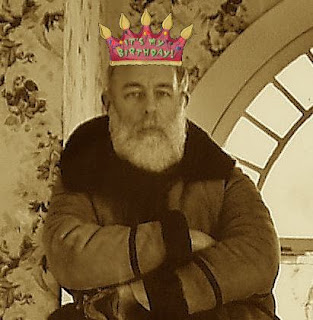 The Birthday Boy is Edward Gorey,
who would have turned 94 today! 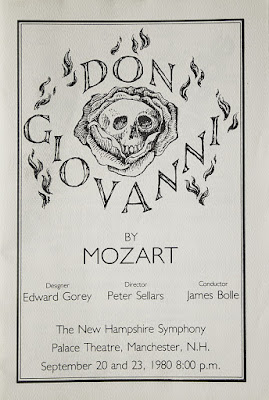 Did Edward Gorey ever sleep? After more than 40 years of actively searching for pieces created by Mr. Gorey it is still possible to run across an unfamiliar item with alarming frequency. This wonderful theatrical program, designed by Mr. Gorey to accompany a production of Don Giovanni in 1980 is such an item.

In 2016, Swann Auction Galleries sold a number of original set and costume designs by Edward Gorey from the production of Don Giovanni (goreyana.blogspot.com/2016/09/auction-news.html). Mounted by the Monadnock, New Hampshire Music Festival, the Mozart opera was directed by Peter Sellers. The program for the two night only production has a striking cover design by Mr. Gorey. A rose, which is opening to reveal a skull inside it, is surrounded by the title and dancing flames. Given the brevity of the performance run, these programs are understandably quite rare.

Posted by ampootozote at 6:41 PM No comments: 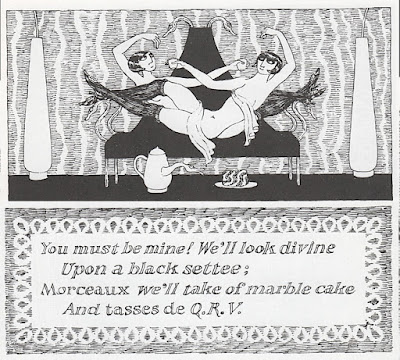 Posted by ampootozote at 6:35 AM No comments: 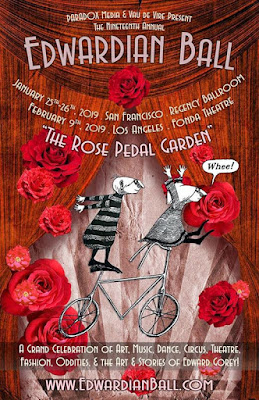 The 2019 Los Angeles ball will be held this coming Saturday, February 9th. The theme for this years ball is The Epiplectic Bicycle. For information and tickets to attend this event, visit www.edwardianball.com