The Secret of the Underground Room 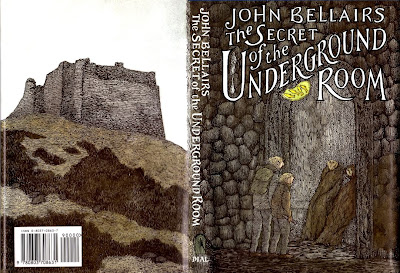 The Secret of the Underground Room by John Bellairs was published in 1990 by Dial Books for Young Readers. Edward Gorey created the dust jacket artwork for this title. This beautifully crafted painting was not included in the Bellairs offerings which Mr. Gorey sold through The Gotham Book Mart. I do not know what became of this work. This is the only book in the Bellairs series without a frontis illustration.

This is one of Mr. Gorey's disjointed dust jacket covers where the image from the rear panel does not flow smoothly into the front. The outdoor scene on the back makes an abrupt change at the edge of the book's spine, with the front cover showing "the underground room". Even so, the front cover portion is one of my favorite paintings created for this book series. The masterful work has only hints of colors, but the mood evoked by the tones fits the story perfectly. Edward Gorey is quoted as saying he painted in "mushroom colors", and this is a perfect example.
Posted by ampootozote at 6:00 AM 2 comments: 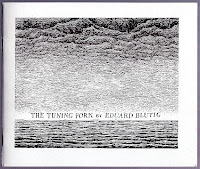 The Tuning Fork was first published in Amphigorey Also in 1983. This was an unusual move since all books included in the Amphigorey anthologies before this were previously published. This first separate printing was published in 1990 by The Fantod Press in a signed, numbered, limited edition of 500 copies. The Tuning Fork is stated to be by Eduard Blutig in translation by Mrs. Regera Dowdy. Mr. Gorey has signed the limitation page as Mrs. Dowdy. I am showing copy #207/500. 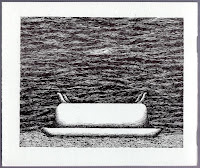 Because of its stormy and underwater settings, Mr. Gorey has created illustrations which are a masterpiece of crosshatching. He also created an undersea monster who exacts revenge on the heroine's family through the plumbing of their house. The back cover shows the upturned family bathtub with a tuning fork floating in the sky above it.
Posted by ampootozote at 6:00 AM No comments:

The Stupid Joke was published by The Fantod Press in 1990 in a signed, numbered limited edition of 500 copies. I am showing copy #24/500. 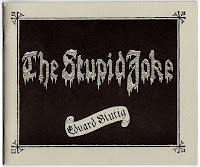 Inside the The Stupid Joke it is stated, "Eduard Blutig's Der Stiefelknecht in a translation by Mrs. Regera Dowdy with the original pictures by O. Mude. The Fantod Press 1990". This is, of course, all Edward Gorey and he has even signed the limitation page as Mrs. Regera Dowdy.

Edward Gorey originally created this story in 1980, and it was published in Dark Forces: New Stories of Suspense and Supernatural Horror edited by Kirby McCauley, Viking, New York. The 1990 Fantod Press publication was the first separate printing. The Stupid Joke is included in Amphigorey Also.
Posted by ampootozote at 6:00 AM No comments:

As many long time collectors will tell you, sometimes it can be hard to keep track of everything you have picked up over the years. This past week, we had some work done in the basement of our home, which forced us to move things from one end of the room to the other. In the process, Bill discovered a stash of Edward Gorey illustrated paperbacks that I forgot I had. Some of these are duplicates of titles I already have on shelves, but it was quite a stash to have forgotten about!

It should be noted that the first several books shown only have typography by Edward Gorey and not the illustrations. When Mr. Gorey worked for the publisher creating these paperback books, he sometimes did the type, sometimes the illustration, and sometimes both. 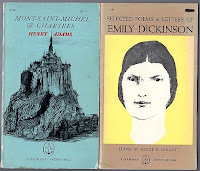 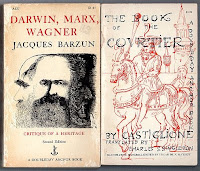 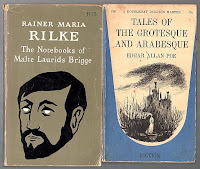 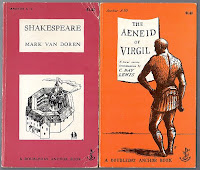 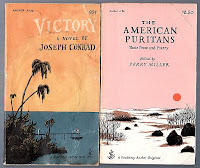 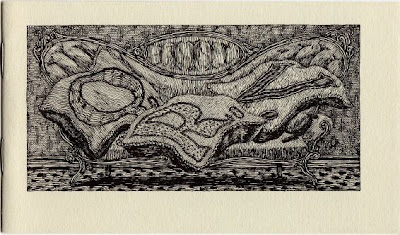 With The Fraught Settee, Edward Gorey once again showcases more of his Q.R.V. verses. Each verse features a settee upon which a person (or persons) are partaking of cake and Q.R.V. The drawings are beautiful and intricate, but I must confess that I have always been a little disappointed that there are only six selections in this book.

Published by the Fantod Press in 1990 in a signed, limited edition of 500 numbered copies, I am showing copy #361/500. The title of the book does not appear on the cover - a rarity for books by Edward Gorey. The Black Doll makes an appearance on the cover resting on the cushion strewn settee.
Posted by ampootozote at 6:00 AM No comments: 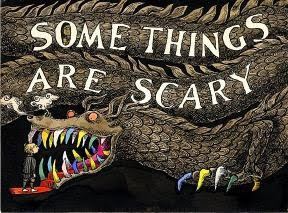 The numbered and lettered prints are sure to be highly sought after in years to come because of their small limitations and beautiful printing. I often get fans of this blog asking me where the "good buys" are...THIS IS IT!! These prints are my pick as a great piece of Gorey art at a fantastic price, and I have already added all three to my art collection. Be sure to check out the prints from previous years which are still available as well.

For 2010, the three selections include old favorites and a previously unseen image: 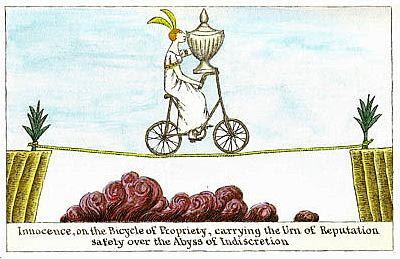 Wadreo Dyrge Addresses the Suspects from The Awdrey Gore Legacy (see bottom of post) - Paper: 8" x 12", Image: 6" x 10". This image looks like Edward Gorey himself has banded together his cast of characters for a stern chat.

Some Things are Scary (see top of posting) - Paper: 9.5" x 11.5", Image: 6" x 8-1/8". A previously unpublished color piece that is a real delight. This image was created as a cover for a book that was never published which Mr. Gorey was commissioned to illustrate. It would have been fun to know what other "scary" illustrations were supposed to be created! 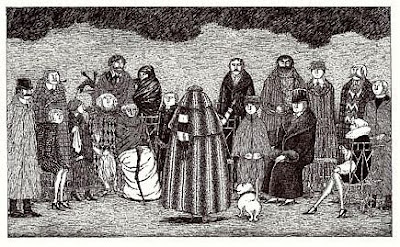 Contact the Edward Gorey House to purchase any of these delightful prints at (508) 362-3909 or edwardgoreyhouse@verizon.net
Posted by ampootozote at 6:47 AM No comments: