The Bellairs Archive, Part 2 - The House with a Clock Gets an Illustrator 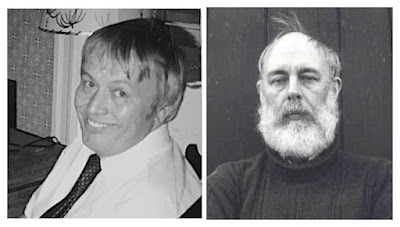 Did author John Bellairs ever meet illustrator Edward Gorey? The answer is a firm "No". It also appears that they also did not personally communicate directly with one another. Fans of Mr. Bellairs' book series may find this disappointing, but this is the usual working relationship between most authors and illustrators, especially on an author's early books where they have yet to achieve recognition and influence. Mr. Bellairs had previously published three adult novels, but had not published a book for teens.

John Bellairs submitted his manuscript for The House With A Clock In Its Walls to Dial Books early in the summer of 1971. After several revisions to the manuscript based on the publisher's feedback, Dial made an offer to publish the story (with the caveat that further revisions would be suggested). On November 15, 1971 Mr. Bellairs returned the signed contracts along with a brief letter asking if they intended to have the book illustrated. Here is part of that letter:

Note: In a 2018 interview (audio only), Priscilla Bellairs says that her husband used an old manual typewriter for his correspondence and stated that he really was a poor typist. The above sample certainly supports this statement. Mrs. Bellairs typed all the final typescripts for his manuscripts on an electric typewriter. 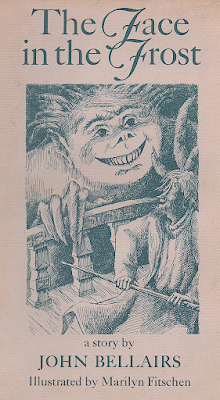 Senior Editor Jean Gavril was in charge of the House manuscript at Dial and she responded favorably to this suggestion, but she was unfamiliar with Marilyn Fitschen's work and requested that samples be forwarded to Dial. Presumably these were sent, but there is no written record in the university archive confirming this.

Subsequent letters in the file make no mention of an illustrator for House until this note from the editor dated June 2, 1972:

Up until this time Edward Gorey appears to have illustrated only one book published by Dial, and that was in 1965. Mr. Gorey did have a solid reputation and would have been considered something of a catch as an illustrator, but it is unclear from the letters in this archive how he was engaged to illustrate House. In her recorded interview, Priscilla Bellairs states that everyone was very excited that Mr. Gorey was going to work on the book because his name and talents would increase potential sales.

The next post will continue the tale of Edward Gorey's involvement with The House with a Clock in its Walls.

Posted by ampootozote at 7:43 AM 2 comments:

The Bellairs Archive, Part One 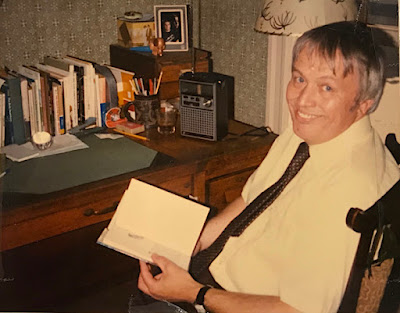 On a recent stroll through cyberspace, my husband Bill ran across the listing for an archive of manuscripts and correspondence by author John Bellairs housed in the special collections of The Kerlan Collection in the Anderson Library at University of Minnesota, Minneapolis campus. 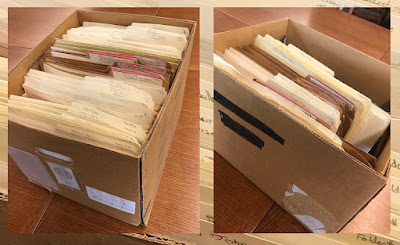 The online library listing is "specifically vague", only stating the archive includes manuscripts for all but two of Mr. Bellairs books and includes correspondence in "two boxes". The materials can be researched by appointment only and are not viewable online. Since the library is less than half a mile from our home, we secured a research appointment and were able to spend some time viewing the materials first hand. As is always the case with this type of material, it is exciting to open the treasure chest (or cardboard file boxes) and discover a time capsule of information waiting to be studied. The folders included everything from several early signed contracts, numerous letters to and from Mr. Bellairs to his publishers and editors, typed manuscripts, several galley proofs of books, and a lovely folder with some personal correspondence, photographs and artwork from fans. The photo of Mr. Bellairs at his writing desk (top of this post) is a particular favorite that was found in this folder. 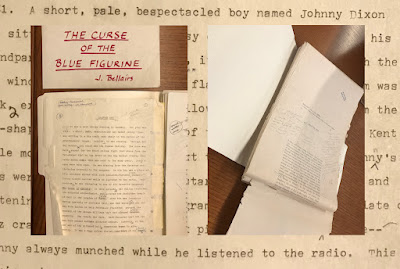 The folders also include correspondence illuminating how Edward Gorey came to illustrate The House With A Clock In Its Walls and why he did not illustrate books 2 - 4 of the series, but that will be revealed in a future post! 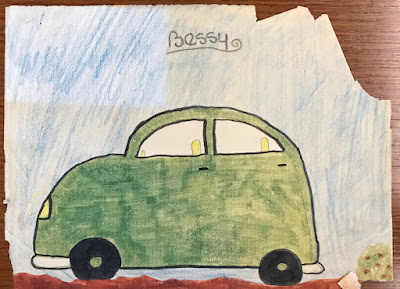 Posted by ampootozote at 6:24 AM 4 comments: