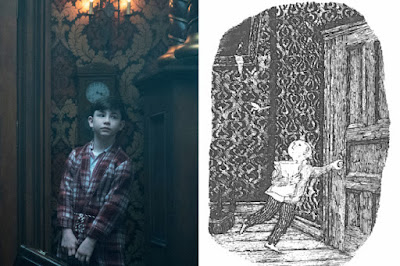 The 1973 book The House With A Clock In Its Walls by John Bellairs was illustrated by Edward Gorey. For the new movie based on the book, director Eli Roth studied these illustrations along with the collected works of Edward Gorey to give the movie a Gorey-inspired look. Mr. Roth is a long time fan and collector of the works of Edward Gorey. For an in-depth New York Post interview in which Mr. Roth discusses his Gorey inspirations for the settings, creatures, and even the actor's mannerisms, go HERE.


Posted by ampootozote at 6:36 AM No comments: 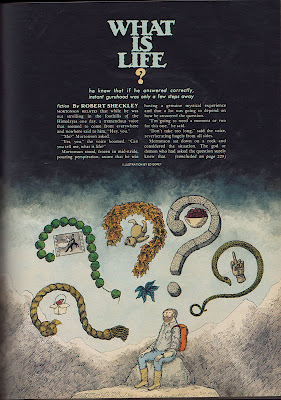 "We only bought it for the articles."

Since it inception in 1953, this was the (often true) explanation for picking up a copy of Playboy Magazine. Over the years, the enticing mix of titillation, culture, and intellectual writing kept the population entertained and informed. The magazine also provided an influential outlet for artists and illustrators to earn their living. From 1963 to 1988, Mr. Gorey illustrated a number of stories in Playboy. What is Life? a work of fiction by Robert Sheckely appeared in the December 1979 issue. 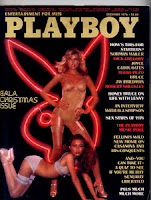 While out for a ramble in the foothills of the Himalayan mountains, a man named Mortonson is asked the intriguing question by a disembodied voice. Edward Gorey's humorous illustration shows the protagonist pondering the meaning of it all.

As a humorous aside, Mr. Sheckley's 1968 novel Dimension of Miracles has been cited as an inspiration for Douglas Adams' 1978 novel The Hitchhiker's Guide to the Galaxy. Adams claimed in interviews to have not read Dimensions until after Hitchhiker's was published, even though the books are described as "disturbingly similar". In Hitchhiker's, the answer to the question Mortonson is contemplating in What is Life? is 42.

Posted by ampootozote at 9:40 PM No comments: