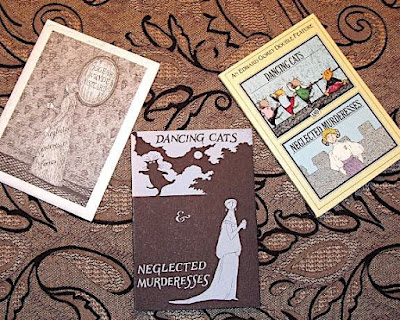 It has been announced that AMC is working on a live action series based on Edward Gorey's Neglected Murderesses postcard set. The announcement in Variety appears HERE.

First appearing in Murderess Ink (Workman Publishing, New York, 1979), Neglected Murderesses is a collection of twelve ruthless women - are all killers who disposed of their victims in novel ways. Each enterprising femme fatale is represented as a single image postcard image with a brief, amusing history. One of Mr. Gorey's most reprinted sets, these cards have appeared in no less than 6 publications. 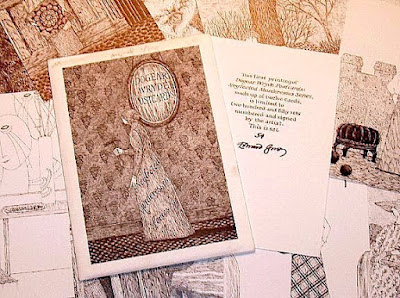 Posted by ampootozote at 7:50 PM No comments: 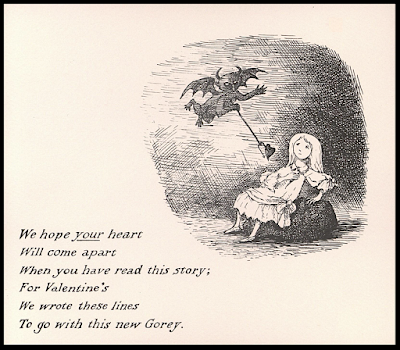 A St. Valentine's Day advertisement for The Hapless Child by Edward Gorey, 1961.

Posted by ampootozote at 6:24 AM No comments: 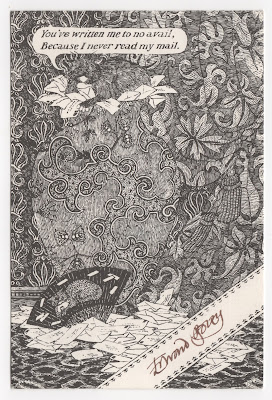 Like most authors, Edward Gorey received fan mail of all sorts. In the pre-social media days of the 1980's and 90's requests for autographs and written responses to questions arrived through the mail with increasing frequency. His address and phone number were listed in the phone book and with very little effort a fan could track down his address. 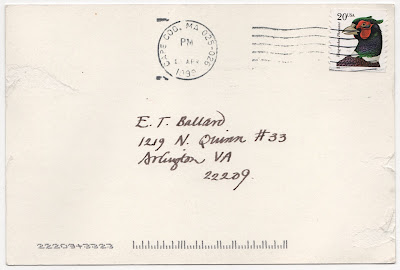 Feeling some sort of responsibility to reply and yet not be overwhelmed by correspondence from fans, Mr. Gorey created a response post card that he hand signed in advance and could address and send as needed. The card has a beautifully detailed illustration showing a cat atop an urn overflowing with unread letters. The cat is telling the recipient that, "You've written me to no avail, Because I never read my mail."

As part of the Edward Gorey Documentary Project, Mr. Gorey was interviewed on the subject of fan mail. The audio from this interview was animated by Ben Wickey for the documentary. Additional animated interviews from this series can be found on YouTube HERE.