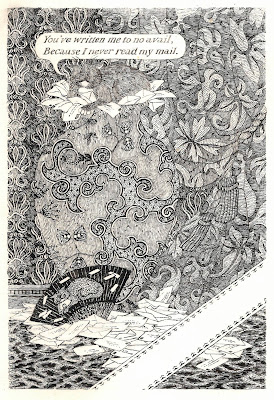 Edward Gorey received a fair amount of mail from admirers of his works looking for autographs and asking him with questions in the hopes of getting a personal reply by return post. Mr. Gorey felt an obligation to answer his fan mail but he really didn't have the time or interest to respond with a personal reply to every request. His solution to this mounting challenge was to create a postcard that he could quickly hand sign and mail back. 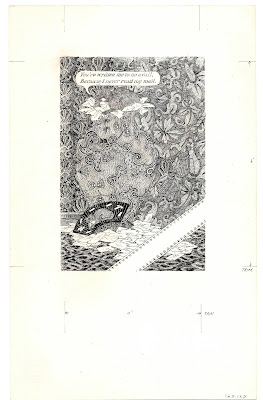 The original artwork for this exceptional postcard was recently offered at Swann Auction Galleries in New York City and I was able to add this stunning piece of original artwork to my collection. Drawn on an 11 1/2" x 7 1/4" piece of paper, the image is 6 1/4" x 4 1/4" with crop marks in the margins. 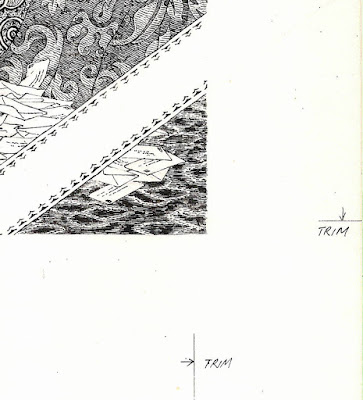 When creating artwork for a piece that would be reproduced with a full bleed ( the image would extend to the edge of the printed piece with no white margins), Edward Gorey would draw the image slightly larger than the final size and indicate how it was to be cropped. In this instance, the image was drawn 4% larger than the final postcard size of 4" x 6". The mastery and precision of Mr. Gorey's pen strokes is evident at the edges of the drawing. Without inking a border line to contain the image, each pen stroke stops at the precise edge of the drawing field. Since the image was intended to be trimmed, Mr. Gorey could have made the edge of the artwork ragged.

Edward Gorey dated the drawing in typical fashion, with a start and completion date. He must have decided to date the drawing upon finishing it because he doesn't seem to remember the exact day he started this piece of artwork. Dated "? ix 79 . 1 x 79", it is clear that he completed the drawing on October 1, 1979, and had been working on it in September of that year, but did not make a note of the day he began the piece. 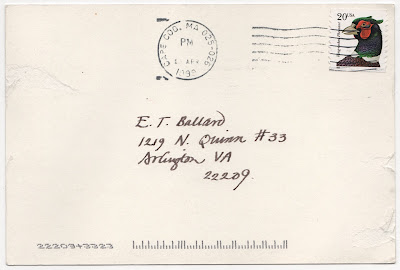 I have a postcard in my collection that was signed, addressed and sent by Edward Gorey to a fan in April 1, 1999. Hope the recipient didn't think it was an April Fool's Day joke!! 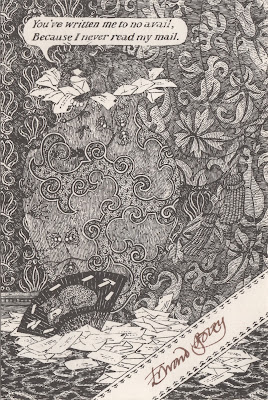 Posted by ampootozote at 7:41 PM