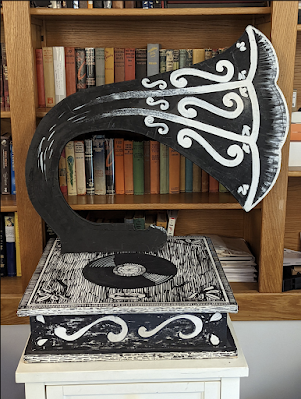 Time and again, in interviews and online posts author Neil Gaiman references Edward Gorey and the influences his work has had on his own creative endeavors. While the two men never met, Mr. Gaiman expresses a deep appreciation of Mr. Gorey and his works. 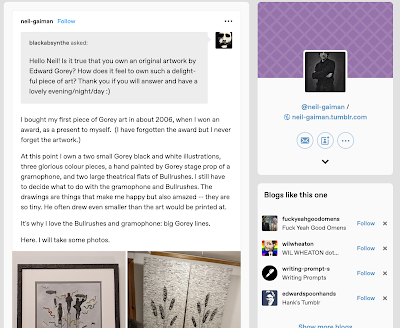 In a post on Tumblr, Neil Gaiman replied to a fan query, asking if he owned any original artwork by Edward Gorey. Mr. Gaiman not only responded in the affirmative, he provided a couple photos of some pieces in his Gorey collection. 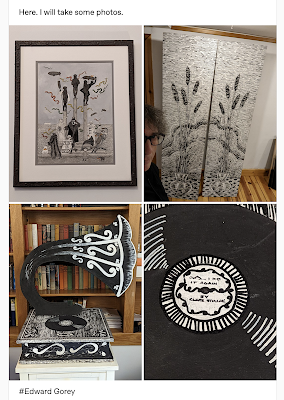 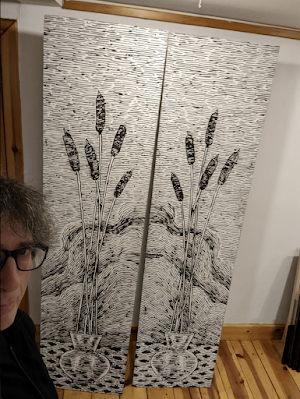 Mr. Gaiman has been interviewed for the upcoming documentary about Gorey's influences on his work by filmmaker Christopher Seufert. There are four interview clips posted on YouTube including this one: https://www.youtube.com/watch?v=WcJX_TTpBKU

Posted by ampootozote at 6:14 PM

This is fantastic, I didn't know about this film!